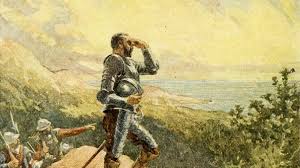 The Bible of the Travel Book Societies

There are many people all over the world who have a great desire to study travel books. From all the many travel books available, they have as their special interest, what we might call a privileged series. The volumes of this favoured collection are available in many different editions, but are often bound together under one cover, and called “The Book,” or “The Big Book.” A number of these devotes, but by no means all (in fact they are numerically a minority), comprise a loose sort of elite group. Yet, their influence extends far beyond their own circle. This elite has established several societies, one or more in each country of the globe, and more than a few international associations, all devoted to the study of this esteemed catalogue of travel books. Often they give them names such as “The Big Book Society,” or “The United Big Book Society.”

Many members of this group maintain extensive personal collections, but their real glories are carefully preserved in museums of the art of expedition, libraries devoted to the history of journeying, and higher institutions of travel research. Some of these volumes are paperbacks, others hardcovers, while increasing numbers are available in electronic versions. The original handwritten parchment editions of the original series of books are being made available in high-resolution full colour pictures to be viewed on-line. The scholars study and discuss the travel books. They speak about every possible detail relating to them: the covers, the paper from which they are made, the font, the layout, the illustrations, the indices, the tables of contents, their weight, their smell, and so on. They know when each edition had been produced, and where. To be more precise, it may not be right to say that they know, rather they have their own opinions which they fervently believe, and support with every argument human ingenuity can devise. Some of their contentions are supported by a particular kind of thought, expressed as a conclusion from clear premises, but often controverted by other experts as leading in exactly the opposite direction to that intended; which is an odd result for a rigorously logical, scientific argument. In fact, it has been quite noticeable that Big Book Societies have been terribly impressed by the Royal Society of Physicists, and try to imitate the RSP in every possible way, lead where it will.

The Big Book Societies seek every piece of information they can find about the printers: what they ate for breakfast, or if they did not eat breakfast at all. When some of the books omit to display the name of the publisher, the date, or the place, or a combination of these, they burn much brain oil in making good the lacunas in their knowledge. In short, if they do not have information, they are more or less confident in inferring from one piece of evidence, just the very data they need to confirm their opinions. If the text of travel books contradicts them, that delights rather than dismays them: because then they can play at their favourite past-time, “explaining it away.” In one case, the statement is characterised as an interpolation, or in another as having been written so long after the fact that the author cannot possibly have known of what he was writing. It is a strange fact that some of them speak in such a way about the Big Book and its authors that you would actually think that the presence of a statement in the texts meant that it could not, on that score, be true.

They meet for conferences: some international, but many more are regional. Their researches are published in various formats, in books, in journals, most of which are peer reviewed by other scholars, and on the internet, and any other medium they can turn their hands to. They constitute, in short, a well-developed world network of travel book experts, who more or less know each other. I say “more or less” because while some of their circle are accorded high status for their ground-breaking achievements and encyclopaedic knowledge, probably the majority are lesser known, if known at all outside their own local circles, but fancy themselves as having been admitted into the proximity to greatness, and that gives them some comfort.

And yet, the very point of the travel books was, it is admitted, that they be used by people who desperately wanted to set off on the way described in the books. They were not made to be argued over, they were written to be used as guides to crossing seas, fording rivers, and climbing mountains. Some of the experts are not travellers. Some pride themselves on not believing that the books, if used, will lead anywhere. They explicitly do not believe that there is in fact a way, only that many people wrongly believe that there is, and that amuses them. They take a rather marked delight in scoring points against those who affirm that they are in fact setting out on a journey.

The experts have not noticed, or barely, that since they began debating the text, the number of those who hold the books in high esteem have split into more and more factions, some of them divided by walls of real animosity. Oddly enough, it is often the simplest people in the world, those who do not even suspect the existence of the experts, who show the greatest ability to simply and directly read the volumes, and use them to the greatest effect, and travel the furthest. Then, a significant number of people who had once believed that the Big Book described a real journey, a real path, lost that belief once they had studied with the experts. And they felt pleased with themselves, as if the were children who had wised up to the Santa Claus story. It is odd, decidedly odd.