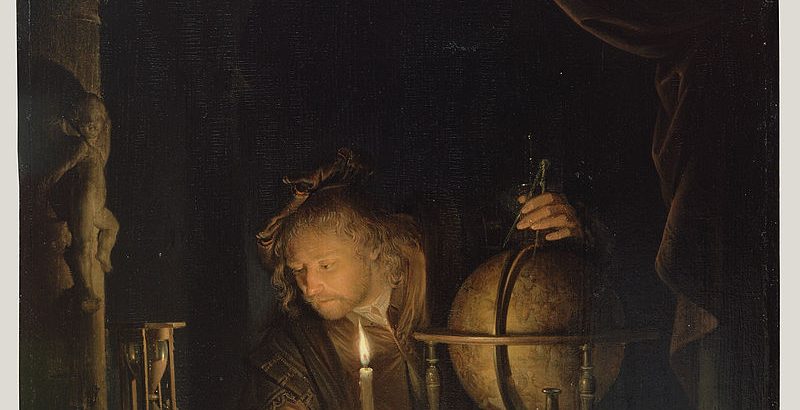 I won’t be reading the new Harry Potter book for one simple but sufficient reason: the silliness has long outweighed any sympathy I had for Rowling’s characters. The silliness was there from the start and the silliness was there at the end. Why did Harry Potter survive Voldemort’s death spell? Because he had his mother’s love in him. As if no one else had their mother’s love, or anyone else’s for that matter. And what was that thing about Potter at a train station and some misshaped part of him that overlapped with Voldemort, which was being left to die? It was so silly I could never get a clear hold of it.

I read the first three of the novels chiefly because of one’s friend’s urging. I now believe that she was romantically overcome by a desire to mother the fictional boy with the scar. My judgment is that the first two were Rowling’s artistic best, and that by the third, the Dementors and all that stuff showed that she had run out of whatever inspiration she had had, and was now trying too hard. But if the third novel showed signs of decline, the fourth, Goblet of Fire, was tortuous and torturing. I missed large parts of it, and believe I missed nothing. When I saw the later novels lying around the house, I speed read them, but even then, I could not manage the last two: I would just jump twenty pages or so to escape from some mud-hole, and pick up the slender thread once more. By the time we were treated to horcruxes it was time for the Stilnox.

Rowling’s major fault is actually, and contrary to first impressions, a lack of imagination. Dreaming up new characters and situations can be evidence of imagination, it can also be evidence of a lack of it. The difference is that in the first case the image which is brought into being has coherence and – once you have accepted the premises of the author’s world – consistency. This is the big difference between Tolkein and Lewis: Tolkein brought into one life one magnificent idea, the Silmarillion, and wrote Lord of the Rings to work out one small element of that great and grand idea. Lewis just wanted to write to make a point, and kept foraging around for new things to throw in. Tolkein’s universe is consistent, Lewis’s is random, and Rowling’s is chaotic.

Rowling’s major strength was an ability to fashion at least one character whom you really cared about: and that was Harry himself. Perhaps Sirius Black could have come second, but she killed him off almost as soon as she had brought him in. That was pointless. Then she decided that although people could not come back from the dead, there could be “echoes” of them. I can think of no better word for this than “silly”. But the sympathy one felt for Harry was severely stretched over three novels, and dissipated somewhere within the covers of the fourth, never to return.

The lack of inspiration showed in the increasing length and complexity of the novels: in an attempt to surprise us, Rowling had to lead us around and about, and as her well of ideas dried up, the road around became longer and longer. The weaker a disguise, the more make-up required. By the fourth novel, a great deal of make-up was required, and situations she had set up had to be exploded so that she could reach her “surprise” ending.

The silliest effort of this type was the gimmick in one novel, thankfully I forget which, wherein Hermione is given a charm which can reverse time. Where was that charm before and after? It was not an organic part of the Potter world, it was Rowling forcing something in because otherwise she had no plot.

It is not that nothing in the novels is good. Even in the latter ones there are some humorous or interesting moments. But they are not so good that they reward the effort made to get to them. So far as I can see, Rowling had two gimmicks going for her: first, the children outsmart the adults. Second, it deals with fantasy and magic. In a world of gender-neutral and politically correct children’s stories,  this must have made it stand out.

And I have to qualify even that praise: I do not accept that Rowling actually writes well. At her best, she is pedestrian. She has coined no memorable phrases, so far as I am aware. If her compare her to another sentimentalist such as Charles Dickens, you will see at once that she has no ability worth mention with the English language. Further, she lacks consistency: compare the picture of Dumbledore in the first novel to that in the latter ones: it is not the same person.

It is rather well-known that many publishers rejected her first novel before Bloomsbury found a bottomless well of money in it. I think that the first publishers were wrong to reject it, because that first novel was actually okay. But my guess is that the proof-readers had smelled out her lack of distinction as a writer, and being professionals, they over-reacted to that.

I am aware that Rowling is fantastically successful. Let us say that she is the most successful writer and that she even outsells the Bible. What would that prove? Only that she was successful. In a world which worships success, that is something. But in that respect at least, I would like to think that I can make up my own mind. Consider the Billboard year end charts for 1969. “Suspicious Minds” was number 18, “Proud Mary” was 19, “Get Back” was 25 and “Green River” was 31. What crowded them out from the top spots? A series of unprecedented classics which had filled the airwaves with gold? Number 1, that is, the best-selling single of that year, was the utterly forgettable, artificial saccharine sonic pollution, “Sugar, Sugar” by the Archies.

I am not saying that Rowling’s novels are quite that bad. But they are heading in that direction. And that is why I shall not be reading that new one, what’s it called? – Harry Potter and the Pitiless Sequels?