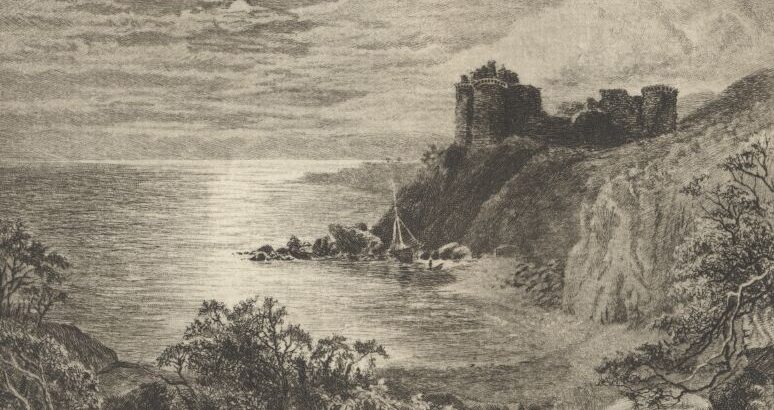 Sentimentality is a disease. Orage said that it is “an escape of emotional gas but not through the centre for which it was intended” (Gurdjieff’s Emissary, 455). That is, the energy which should be used in coming to a feeling of my presence, my reality, is used to animate an idea when the idea should be kept clear of feeling.

I had initially thought of taking sentimentality in popular culture and music, e.g. Mother’s and Father’s Day, and songs such as “There’s No One Quite Like Grandma.” However, it turned out, as I worked on it, that the damage caused by sentimentality was far more serious than I had been thinking. Yet, they are connected: the absurdities of sentimental music (e.g. Neil Diamond’s offerings) have a role in producing a culture of fantasy.

But now for the serious side of sentimentality. I will give some examples: first, I have very often seen children being kissed and slobbered over by people when the only effect of that unwanted attention is to make the child deeply uncomfortable and detest such adults. I was one such child myself. The adult has seen a child they find beautiful, and children usually are. But then the proper response is to respect the child, to see it in its potential, and to be for it an example of good behaviour. It does not matter whether the child smiles at us or not. We try to be good examples, manifesting from essence, and we leave it at that. Anyone with a conscience will respect the child’s individuality and not force their attentions on the child.

Second, and again from real life, a woman was upset by what she wrongly perceived to be her son’s ignoring her during a school concert. The son had no negative feeling against his mother, but they had separated when they arrived as he was sat in his class, and it had never occurred to him that he should or even could leave his friends. His mother went off her brain and made a huge fuss, in the street, in front of any and everyone who was going by, and would not shut up. She had felt bad, but she should have used her reason: her feelings were irrational, but they became tied up with an idea that he only didn’t sit with her because he was avoiding her, and this was totally untrue. But her later psychopathic reaction was never forgotten by her son, who from that moment lost his respect for his mother.

Having explained why I consider this matter to be deadly serious, let’s consider what the word means in the English language. The Shorter Oxford says that “sentiment” originally meant “characterized by or exhibiting refined and elevated feeling” (1942). That is, it was a noble quality, as one would expect, given the word’s roots in the Latin sentire, to feel.

However, it came to mean “addicted to indulgence in superficial emotion; apt to be swayed by sentiment.” That the emotions are superficial is of the essence of sentimentality.

“Feelings,” as properly distinguished from “emotions,” are, as I tried to explain in the book George Adie, feelings of myself, more or less as a whole (131-132). A true feeling actually helps my mind work better because it unites all my centres. The whole man thinks better and more wisely than the parts of him. Ferapontoff spoke of the “cognitive value of the emotional centre. By learning how to use it we enrich our knowledge” (Constantinople Notes on the Transition to Man Number 4, 50).

Feelings are deeper than emotions because they need a full octave of development to take place through the whole man: from the initial perception, two intervals must be crossed by filling them, the interval between the formatory apparatus and the feeling centre can only be properly negotiated if the connection between the apparatus and the feeling centre is open. If this first point is managed, the next and perhaps the hardest is that the working of the feeling centre not be diverted by associations before it can reach upwards and connect to the higher emotional centre.

This is why real feelings bring us into contact with reality: it is because higher emotional centre is in touch with reality via self-consciousness. As Ferapontoff wrote: “When a man begins to have full and not personal emotions, it is already ecstasy” (Constantinople Notes, 50). Of course all our emotions are personal in that we experience them, and we are persons, but they are impersonal in that they bring us into contact with a reality which is more than just what we ourselves are feeling. That is, true feeling is a way out of subjectivity, towards objectivity, but sentimentality is a prison of subjectivity.

The Shorter Oxford also defines “sentiment” as “arising from or determined by feeling rather than reason.” Of course, they do not use “feeling” quite the way I do, but the point here is the domination of emotion over reason: and both the examples I gave above exemplify that. Each and every one of the silliest mistakes I ever made were when emotion ruled reason: Shakespeare spoke of the “sovereignty of reason” and how, without it, the way is open to madness (Hamlet 1.4.73).

“Sentimentality,” then, is an “exaggerated insistence upon the claims of sentiment.” These two factors, that it is exaggerated, and that it insists (in an unbalanced way) on its own perspective, sum up the dangers of this disease. It is easy to see why Gurdjieff believed that philology, the study of words, was a better avenue to truth than modern philosophy.

So sentimentality involves emotions denying reason any role in our decision making (except to go with the sentiment). It is superficial, and keeps us tied up in our own subjective fantasies. It would appear to be directed towards other people, but it is more directed at them, targeting them for our own satisfaction.

So, in inter-personal relationships, sentimentality seems to me to necessarily have the quality of trying to impose itself (my personality) on others. It masks a desire to dominate. When it is a question of myself alone, it seems to me to often be allied to self-pity. Self-pity is another topic, albeit related. But it’s good to look at these things from time to time.