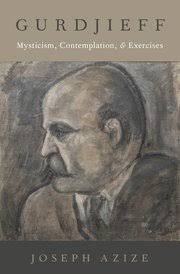 I have just read the published volume, and I think it might be worthwhile to note some thoughts which have occurred to me. I shall update this page from time to time.

First, on page 4. I note how Mme Solange said “Gurdjieff’s teaching is not a search for religiosity …” I have since noticed that in the notes of meetings with Maurice Nicoll in 1953 he says that Gurdjieff’s work is not a religion, but a teaching. I shall be following this up in the future, because there is an interesting question: what type of teaching is it? After all, there is no reason why a teaching cannot be a religious teaching. When you consider the very last paragraph in the book, you will see that I think the question is a subtle one. By the way, I am, in a humble way, proud of that last paragraph, not because I was allowed to write it, but because precisely because I was privileged to be allowed to write it. I cannot think that Gurdjieff would have disapproved.

On the Gurdjieff’s usage of the terms “meditation” and “contemplation,” I wonder if he did not think of meditation as a mental (i.e. one-centred) activity, and contemplation – or more precisely – his “Transformed Contemplation” as a three-centred activity.

I draw your attention to the quote from J.G. Bennett’s Sacred Influences on p.236. If this is correct, it may explain why Gurdjieff chose just those four ideals in the Four Ideals Exercise: they really did descend from above, while in some sense remaining – as the Maronite Church says about Jesus – and this explains why Gurdjieff says that the Ideals really do exist. I am still digesting Bennett’s statements, and articulating for myself what the implications. This material is very deep.

The article referred to as Azize (forthcoming) was published in ARIES 20 (2020), 1-30 as “Assessing Borrowing: The Case of Gurdjieff.”

I overlooked this significant passage in J.G. Bennett’s Gurdjieff, Making a New World, 175: “… the new exercises that were being introduced in 1930 and the early part of 1931 seem to have been different from the exercises which he had shown people individually at the Prieure between 1924 and 1929.”

I also missed this from Bennett’s Witness, 96: “Gurdjieff spoke of the Great Eternal Reservoirs, which are connected with Sacred Beings who have come to the earth to help mankind. He then passed to another diagram showing how the Will of God in creation acts through energies of different density of fineness. I could see that such sources of help are really present and was aware of the great mistake that we men have made in breaking the contact that we could have with them.” It should be integrated into the “Four Ideals” chapter.

Of great significance, in the 1931 edition of Beelzebub, 459, he wrote of “Essoaieritoorassnian-will” which in its turn can be obtained thanks to always the same being ‘Partkdolgduty,’ that is, to conscious labours and intentional sufferings.” This is clearly almost the same word as  “Aiessirittoorassnian.,” but the place of two of the root-words “Esso” and “are” have been swapped. I cannot yet say exactly what it means – maybe there is no “exactly” but it is clearly not an arbitrary word; and now we have these clues: ESSO from Latin “to be” and related to “essence,” while AEI I think is probably from the Greek and means “always.” It has to do with a permanent quality of being, I suggest.

On page 7, footnote 7 refers to the quote from Gurdjieff. The rest of that indented paragraph was written by me.

On pp.86-87, I did not add the materiality of the universe because that is not unique to Gurdjieff. On p.87, my meaning is that no one ever referred to the Enneagram as drawn by Gurdjieff before Gurdjieff, notwithstanding assertions that it was a Sufi doctrine. No Sufis knew this before Gurdjieff.

On p.99, the fact that Shandarovsky referred to an experiment with the Our Father is significant because the Dukes book has that prayer central to his conversations with Prince Ozay.

On p.6, the first paragraph numbered 1, “for the sale” should be “for the sake”

On p.109, the indenting of the first paragraph should be aligned.

On p.137, third line of the indented quote, insert “is” before “already”

On the back cover, attribution should be to “Basarab Nicolescu.”