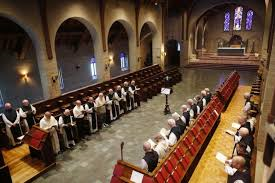 In 2018, my friend, Fr Paul Robinson SSPX, published with Gracewing Press, his useful book The Realist Guide to Religion and Science. I commend it to anyone interested in these questions. Full disclosure: I suggested he consider writing it, and a blurb of mine appears on the back of the book. But don’t just buy it for the blurb. It comprises eleven clearly differentiated chapters in three main sections: Reason, Religion, and Science.

This book is marked by an extraordinary feature: whenever Fr Robinson mentions philosophical principles, he furnishes illustrations, so that you don’t have to guess what he means. This has long been a drawback with treatments of philosophy in general, and of St Thomas Aquinas in particular. If more writers condescended to illustrate what they are speaking about, perhaps traditional Catholic philosophy would not have been abandoned in favour of the superficial, glib ideologies which have replaced it, not only in universities, but too often even in seminaries.

My favourite chapter is the second, “The Four Causes.” I think that at the root of many of the issues we have in the contemporary world, is an inability to understand how and why cause and effect are related. If we do not understand the cause, we will not understand how the effect arose; and we will not grasp what sort of causes need to be brought to bear in order to produce the effect we want; neither will we understand how changing one cause may lead to effects which had not been wanted, and maybe even abhorred. So, for example, Latin is removed from the Mass, and what happens? The universality and catholicity of the universal Catholic Church is lost: the direct connection with the venerable heritage of the Latin world is lost from education, and shortly after disappears from culture. The disintegration of modern culture ineluctably followed from the devastation wrought to the school curriculum, replacing the Greek and Latin classics with lesser, trendy novels. We have seen a significant rise in the inability of young people to understand the concepts they need to make mature and intelligent decisions in social and political spheres. It did not have to be this bad: we just let our sacred tradition and our cultural heritage go, not understanding that something like dropping the ancient and global language of the Church would have the effects of an earthquake.

To learn more about this timely volume, go to:

It is available from Parousia Media:
https://store.parousiamedia.com/the-realist-guide-to-religion-and-science-fr-paul-robinson-paperback/