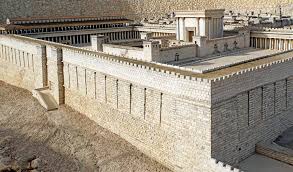 We learn more and more as we remain before the mystery of typology, the mystery of how heaven is made present on earth through the divine pattern. One element which has recently become clearer to me, although I had not been unware of it, is that the divine pattern – what we call the type or archetype, is also a prototype. This archetype or prototype is the first representation of the divine will; while what we see in this world, the antetypes or shadows and reflections of the archetypes, are secondary representations, imperfect models of the divine will. Hence, Our Lord taught us to pray “thy will be done, as it is in heaven, so on earth.” This means that His will is not done on earth, at least not everywhere and perfectly.

That I had known. But what I have become better aware of is that there is, probably in the human soul, but certainly in the human imagination, a yearning to experience the prototype: the way things are when the divine pattern is perfect. This is often experienced as a sort of “nostalgia for the morning of the Creation.” The means of my understanding this was a study by Jon D. Levenson from Harvard University, called “The Temple and the World,” Journal of Religion, (1984) 64, 275-298.

Much of this article need not concern us. It starts to become of interest when he comes to Isaiah 66:1-2: “Thus says the Lord: “Heaven is My throne, and earth is My footstool. Where is the house that you will build Me? And where is the place of My rest? For all those things My hand has made, and all those things exist,” Says the Lord. “But on this one will I look: On him who is poor and of a contrite spirit, and who trembles at My word.” (NKJ)

Let us be clear: in this passage Isaiah is reporting something said to him by God, namely, that He is enthroned in heaven, and rests His feet on the earth. Given such glory, no human can build Him a temple (or house) which is not His own work and possession already. The Temple adds nothing to God. However, the Lord will look favourably upon a humble and penitent person. As Levenson observes, this is often taken as “the most unequivocal rejection of the Temple in the entire Hebrew Bible.” (295) It seems to be saying that the Temple is nothing, only what is in our hearts counts. However, this would be a hasty reading, Levenson argues. It is not saying that there is no need of the Temple, but rather that his temple is the heaven and the earth. (296) When you read it again, you notice that the Lord is saying that the entire universe, heaven and earth, are His house and Temple. It is not a critique of the Temple, but of those who forget what it is which God wants from us. Levenson states: “The endurance of the created order renders its earthly replica, or antitype, superfluous.” (296)

That is, because God has created everything, He has no need of a man-made Temple. However, I would add that this does not mean that the Temple has no value within the world. After all, just as God has made all, He has no need of anything at all in this world. So while Levenson is not wrong, I think his comment needs supplication there: it is not that the Temple is superfluous for us, but that it is not necessary for God. Levenson continues:

This is anything but the desacralization of space. It is, instead, the infinite extension of sacred space, the elimination of the “profane,” that which stands pro fano, “in front of the Temple.” The world in its fullness is the Temple. … The real Temple, which is the world, is protological … (296)

Now, to pause here for a moment: it is one thing to say that all creation is sacred because God is present to it all, but then, the sacredness would become commonplace. If everything is sacred, then sacred loses its meaning: meaning is a highlighting of one thing and not another. It is a fact that we best recognise holiness when it is separated out from things of a lower level. Some sort of frame is needed. This is why it is important to note that the prophet does not call for the marginalising of the Temple. Much less does he despise it. But it should not blind us to its purpose. Levenson now comes to the point which he highlights: “The world which the Temple incarnates in a tangible way is not the world of history but the world of creation, the world not as it is but as it was meant to be and as it was on the first Sabbath.” (297)

Levenson says that the world was created holy, as an earthly paradise in a natural state of grace. He says that, in the Temple: “The presence of God is not diminished but concentrated. The glory that had filled the world now fills the Tabernacle and its successors, the Temples of Jerusalem. The Temple is the world … in a state of grace and perfection.” (297)

As a result, the Temple of Jerusalem was “equated with the Garden of Eden.” (297) This leads to the conclusion: “The Temple offers the person who enters it to worship an opportunity to rise from a fallen world, to partake of the Garden of Eden. The Temple is to space what the Sabbath is to time, a recollection of the protological dimension bounded by mundane reality. It is the higher world in which the worshipper characteristically wishes he could dwell forever (Psalms 23:6; 27:4).”

Levenson then makes an important observation: liturgies which open with prayers before the altar, often declare the innocence of the priest. These are expressions, he says: “… not of self-righteousness, but of self-transcendence, the wish of the lower person the historical person, to put on a higher self in worship, a self that befits the perfect place, the perfect world, to which he begs admission. The Temple is the moral centre of the universe, the source from which justice and a terrifying justice radiate.”

This has important consequences for the understanding of the Divine Liturgy. I shall come to that in the book I am working on. Finally, Levenson quotes a German saying: Endzeit gleich Urzeit, “the end time is the beginning time.” In Catholic terms we might say: “As it was in the beginning is now and ever shall be. World without end. Amen.”