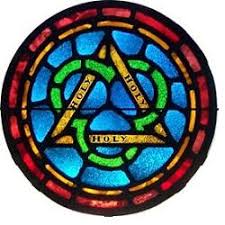 Collect O God of hosts, to whom all that is best belongs, graft in our hearts the love of Your Name, and grant us an increase of religion: that You may foster what is good, and with tender zeal guard what You have fostered.

Epistle (Romans 6:3-11) Brethren, all we who are baptized in Christ Jesus are buried together with Him by baptism unto death: that as Christ is risen from the dead by the glory of the Father, so we also may walk in newness of life. For if we have been planted together in the likeness of His death, we shall also be in the likeness of His resurrection. Knowing this, that our old man is cruciﬁed with Him, that the body of sin may be destroyed, and that we may serve sin no longer. For he that is dead is justiﬁed from sin. Now if we be dead with Christ, we believe that we shall live also together with Christ. Knowing that Christ, rising again from the dead, dies now no more, death shall no more have dominion over Him. For in that He died to sin, He died once; but in that He lives, He lives unto God. So do you also reckon yourselves to be dead indeed to sin, but alive to God; in Christ Jesus our Lord.

Gradual   Return, O Lord, a little: and be entreated in favour of Your servants. Lord, You have been our refuge from generation to generation. Alleluia, alleluia. (Ps. 30:2, 3.) In You, O Lord, I have hoped, let me never be confounded: deliver me in Your justice, and release me: bow down Your ear to me, make haste to deliver me. Alleluia.

Gospel (Mark 8:1-9) At that time, when there was a great multitude with Jesus, and had nothing to eat, calling His disciples together, He said to them: “I have compassion on the multitude, for behold they have now been with Me three days, and having nothing to eat; and if I shall send them away fasting to their home, they will faint in the way: for some of them came from afar off”. And His disciples answered Him: “From whence can any one ﬁll them here with bread in the wilderness?” And He asked them: “How many loaves have you?” They said: “Seven”. And He commanded the people to sit down on the ground. And taking the seven loaves, giving thanks, He broke and gave to His disciples to set before the people. And they had a few little ﬁshes, and He blessed them, and commanded them to be set before them. And they did eat, and were ﬁlled; and they took up that which was left of the fragments, seven baskets: and they that had eaten were about four thousand: and He sent them away.

Offertory   Perfect my goings in Your paths, that my footsteps be not moved, incline Your ear, and hear my words: shew forth Your wonderful mercies, You who saves them that trust in You, O Lord.

Secret  Be appeased, O Lord, by our humble prayers, and favourably receive the offerings of Thy people: and that the prayers of none be vain, no one petition void, grant, that what we hopefully ask, we may effectually obtain. Through our Lord Jesus Christ, Thy Son, Who lives and reigns …

Communion I will go round, and offer up in His tabernacle a sacriﬁce of jubilation; I will sing, and recite a psalm to the Lord.

Postcommunion We have been ﬁlled, O Lord, with Your Gifts: grant, we beseech You, that we may be cleansed by their effect and defended by their aid. Through our Lord Jesus Christ, Your Son, Who lives and reigns in the unity of the Holy Ghost, God, world without end.

This is the fourth extract from Fr Peter Joseph’s article “Healing the Family Tree,” at https://www.amicidilazzaro.it/index.php/healing-the-family-tree-new-age-under-the-guise-of-religion/

The faithful practising Catholic need fear nothing from the witchcraft and sorcery practised by others. A man from Kenya told me how, where he lived, the witch-doctors lamented the impotence of their sorcery against Christians, because the priests told the catechumens that once they are baptised they will have put on Christ who has conquered all evil powers and they are protected as His family members. Pope Paul VI said, in one of his famous 1972 discourses on the devil: “Everything which defends us from sin protects us of itself from the invisible Enemy. Grace is the decisive defence.”

What did Our Lord say to do if people curse you? “Bless those who curse you” (Lk 6:28). That is all. Charity in deed. He never advised seeing some expert to get it “lifted”.

In a book on the conversions to Christianity in the first centuries A.D., Gustave Bardy sets out three main reasons why the Greco-Roman world converted to Christ: desire for the truth; the Christian integrity of life; and liberation from fatalism and superstition. Missionaries today can tell you how primitive peoples experience conversion to the Christian religion as a wondrous deliverance from a whole oppressive world of superstitions, fatalism, curses and fears.

The true Catholic vision of our links with our ancestors is found in our doctrines of Purgatory and the Communion of Saints. To teach people that their ancestors are to blame for present spiritual ills, and need pacifying or whatever, is a reversion to pre-Christian paganism and fatalism.

To try those whom He loves, God may allow evil spirits to afflict them seriously, but these exceptions are extremely rare. St Paul was among them. He was harassed by an angel of Satan and three times prayed for deliverance, but was told, “My grace is sufficient for you” (2 Cor 12:9). Paul says himself that he had to suffer this, “to keep me from being too elated by the abundance of revelations” (v. 7).

Like the desire to know the unknowable, is the desire to escape the inescapable. If we have prayed with persistence, and done what we can, and still have something to endure, we must then abandon ourselves to the hidden designs of God. Continuation and growth in grace is a life-long struggle. There are no secret prayers or formulas to lift burdens off us as if they are a spell. And to attempt to do so through “white magic” is as illicit as using black magic.