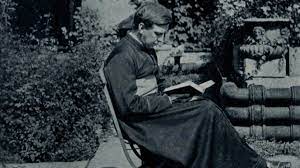 The “Congregationalists” are the first subjects of Chapter 4, Part II, of this book. Benson says that, with the Baptists, they in the “most ancient right to stand for Nonconformity in the history of England.” They came from the people known as the “Independents” in Elizabeth’s reign, when they did the logical thing, seeing how the National Church had separated itself from the Universal or Catholic Church: they separated from the State Church. Although they were persecuted, they retaliated under Cromwell (1599-1658). It was the Congregationalists who were “Pilgrim Fathers” of Plymouth Colony (157).

In sacramental doctrine, they are  “minimisers”. In positive doctrine. Their positive principles are the Blessed Trinity, the Fatherhood of God, “the Divinity of Jesus Christ and the redemption of the world through His death, and the inspiring and sanctifying work of the Holy Ghost” (158). Bensons states that the idea of the “priesthood” of all believers is delegated, in that group, “by the congregation to the appointed minister” (158). This is fascinating: they reject, of course, the ministerial priesthood which Catholics and Orthodox have. They begin from the point that all are priests, but then some sort of authority or role has to be delegated to the “appointed minister.” That minister is no priest, but the basic principle of the priesthood of all believers is compromised as a practical matter. To my mind, this is related to the paradox that democracies appoint monarchs, which they call “Prime Ministers” and “Presidents,” and have an aristocracy by another name.

Returning to the Congregationalists, Benson observes that it is no surprise, given this view of the priesthood that:

Sacramental doctrine is therefore at a very low ebb. … The distinguishing feature of the Congregationalist is that he holds that a “Church” is synonymous with a congregation. Each body of believers worshipping in one place has all the rights of such a Church, and those rights are inalienable. … The result of this system is, of course, that there is a great deal of freedom in each congregation to develop its theological views in this or that direction as determined by the will of the minister or of the stronger spirits supposed to be under his care. (158-159)

This is perfectly natural given their foundation principles. If there is no ministerial priesthood for the administration of sacraments, then that basis of authority, even in doctrine, is lost. There may be other bases available, such as the charisma of a particular minister, or an intellectual system, but not that one. Benson continues:

It is perfectly characteristic then that the recent movement known as the “New Theology” should have as the home of its origin a Congregational chapel. … They cannot have it both ways. They cannot simultaneously maintain any distinct standard of orthodoxy and repudiate any semblance of general and final authority by which alone such a standard can be imposed. The result, of course, is that peace can only be preserved by persons of peculiar views attaching themselves to a congregation where such views are at least tolerated if not preached. (159)

And here, in a nutshell, is why Protestant and related movements keep on splitting. People, being individual with individual views about everything, naturally pull apart. The other tendency is to seek the society of like-minded people. But we cannot always demand that others join with us on our own terms. Sometimes it works, and sometimes it doesn’t. When that occurs, there is a split. What holds them together then, is the religious culture. Benson states that:

It is remarkable, then, and yet logically natural, that congregations of “believers” who originally united themselves for simple and “primitive” worship, in an endeavour to escape from prelacy and priestcraft and human intermediaries in religion, should have come at last to find that their “worship” consists briefly of sermons and prayers delivered by a popular preacher, interspersed by quartets sung from the organ loft. There is, however, a good deal of warm social life and endeavour amongst these bodies, and, recently, a great deal of political activity. (160)

The reason for the rise of political activity seems to me to almost certainly be that politics provides a culture. Politics is reported on by the media each day. The actors are concrete, but controversial. The action is concrete, but controversial. One can both join together in unity within the party, and oppose – even vehemently oppose – those ranged against the party. If you are an “activitist,” you can make opponents of people who don’t even have to be against you; rather, if they are simply not on your side, then they are “part of the problem,” they are irresponsible, their inaction perpetuates the injustice, etc.

I suspect that, implicit in Benson’s insights, is that the society of people who are politically like minded makes up for the loss of a genuinely religious culture. It is using padding when your feet are too small for your shoes. The Congregationalists, then, provide Benson with his best example “illustrating the inevitable disappearance of all real ideas of  “Revelation” if once the Protestant scheme is logically developed” (160). What this means, in practice, is that “revelation” as any Catholic understands it, cannot exist. Its place is filled by the “New Theology” and, as stated, politics. Speaking of the “New Theology,” Bensons states:

This new movement is pitilessly reasonable, granted the premises. Truth is no longer something revealed from above; it is a synthesis of conclusions arrived at from below. The Congregational system therefore affords an excellent method, on these premises, for arriving at the nearest that can be gained to Truth, since it supplies a large number of completely independent bodies of students and thinkers, each group of which works together on its own lines unchecked by external authority or the fear of it (161).

This, it seems to me, is where some recent proposals for Catholicism would take us. And they would also lead us to the inevitable conclusion of the “New Theology”:

…. it is this very thing that many Congregationalist “Churches” resent; they complain that the “City Temple” is no longer the home of “evangelical Christianity”; and by that very complaint they show that in spite of their desire for entire independence, that independence must itself be subject to an unformulated standard which must not express itself authoritatively. They wish, as was said just now, to have it both ways. But they cannot.

Benson closes this section by noting that he has a deal of sympathy for their social life, and the care they take to me worshippers feel welcome, each chapel considering it a duty to keep in touch with all members of the congregation. He notes that some Catholics, on the other hand, sometimes complain of “personal isolation and coldness” (161-162)