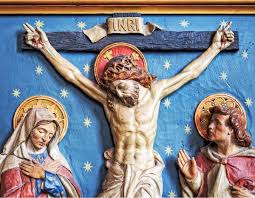 Why is historical method important? Consider this: the late priest and Professor Raymond E. Brown was one of the leading Catholic New Testament scholars of the last half of the 20th century. He was honoured not only with honorary doctorates from leading universities, but even with praise for his orthodoxy by Paul VI.

By setting the Beloved Disciple over against Peter (p.84 below), the Fourth Gospel gives the impression that he was an outsider to the group of best-known disciples, a group that would have included John son of Zebedee, if we may judge from Acts 3:1; 4:13; 8:14. (34)

That is, he is now arguing that because the Fourth Gospel (note that he does not call it the “Gospel according to John” or something similar) presents the Beloved Disciple as an outsider to the “best-known disciples” (“the group”), and John the son of Zebedee was not such an outsider, therefore the Beloved Disciple cannot be John the son of Zebedee. We could present his argument like this:

How do we evaluate such an argument? Different arguments need to be dealt with differently, but here, I think, we need to analyse the parts first. First of all,  some of these five premises are assertions of fact while others are presented as facts known by logical inference. I mark the assertions of fact with an asterisk and the inferences with an inverted exclamation mark.

If any one of the three asserted facts is incorrect, the argument is no longer convincing. Assertions 1 and 2 are critical: if Brown cannot show as a matter of fact that the Beloved Disciple is relevantly set against Peter or that anyone set against Peter must have been outside “the group”, then the thesis fails completely.

What does “set against” mean? The limited explanation offered is “one-upmanship” (that is, competitiveness) on their understanding of Christ (84). In particular, Brown takes this as meaning that only the Beloved Disciple understood that Jesus had pre-existed and had “his origins from above” (85). So “set against” simply represents Brown’s  feeling of how things might work out in the real world. Speaking of the real world, is it not apparent, even on a moment’s reflection, that there can be and often is, strong even bitter dissension within one group? Is Brown seriously proposing that every group is internally harmonious?

I would have thought that, if anything, Brown’s argument proves exactly the opposite: any competition would make more sense if the Beloved Disciple was in the same group as Peter. This contention is, I suggest more likely than Brown’s, so we can immediately reverse his argument. Brown’s argument represents, I would say, the historians’ “fallacy of the pseudo-proof”:

The fallacy of the pseudo-proof is committed in a verification statement which seems at first sight to be a precise and specific representation of reality but which proves, on close inspection, to be literally meaningless. (David H. Fischer, Historians’ Fallacies, 1970, 43).

We can go further and show that we have no grounds for declaring that the members of the group could not have been set against one another. The apostles are shown dissenting in Matthew 20:20-24, also in Mark 10:35-41. In fact, the two Gospels are candid about the disagreement, and that Jesus used that very fact to teach them. What is more, and this is the almost astonishing fact, in the two passages I have referred to, they were shown in friction about John and James. So if John is indeed the Beloved Disciple, as tradition says, then the being “set against” which Brown declares impossible was actually shown in the Gospels. Brown’s problem is that he has rejected the tradition, and to support himself has to invent fanciful and forced arguments.

In this appendix I will say a little more about Brown’s view that “The Beloved Disciple is set against Peter in John’s Gospel.” Brown directs us to page 84 of his book. But the argument actually commences on pages 82 and 83. There he asks:

What is the Johannine attitude toward the Christianity of the Apostolic Christians? … (6:60-69) suggests a fundamentally favourable attitude. The Apostolic Christians are clearly distinct from the Jewish Christians who no longer follow Jesus. The presence of the Twelve at the Last Supper (13:6; 14:5, 8, 22) means that the Apostolic Christians are included in Jesus’ “own” who he loves to the very end (13:1). Their forebears were among those who kept Jesus’ word (17:6) and for whom he prayed (17:9, 20) since they were hated by the world (17:14). They saw the Risen Lord (20:19, 24; 21:2), and their most prominent spokesman, Simon Peter, glorified God by his death in the following of Jesus (21:19).

Nevertheless in the Fourth Gospel these named disciples do not seem to embody the fullness of Christian perception, as may be seen when the named disciples in general and Simon Peter in particular are compared with the Beloved Disciple. The others are scattered at the time of Jesus’ passion, abandoning him (16:32), while the Beloved Disciple remains with Jesus even to the foot of the cross (19:26-27). Simon Peter denies that he is a disciple of Jesus (18:17, 25), a particularly serious denial granted the Johannine emphasis on discipleship as the primary Christian category; and so he needs to be rehabilitated by Jesus who three times asks whether Peter loves him (21:15-17). No such rehabilitation is necessary and no such questioning is even conceivable in the case of the Disciple par excellence, the Disciple whom Jesus loved. Closer to Jesus both in life (13:23) and in death (19:26-27), the Beloved Disciple sees the significance of the garments left behind in the empty tomb when Peter does not (20:8-10); he also recognises the risen Jesus when Peter does not (21:7). (83-84)

Now, Brown has not told us what it means to be “set over against”, and so we cannot identify it when it occurs. The Macquarie Dictionary does not have this precise phrase, but it does say that: “be set against” means “to be implacably opposed to.” The USA dictionaries are not so very different, using this phrase in the definition of “opposite.”

Brown is on the horns of a dilemma: if he makes the alleged opposition too strong, he cannot explain how the Church accepted the Gospel. If it is not strong enough, then his entire argument collapses. And what we see is that in order to maintain any argument at all, Brown cannot allow himself to fairly describe the position in John’s Gospel. He specifically omitted passages which tell against his argument, such as where Peter is shown as favoured if not pre-eminent among the apostles: Peter is declared to be “Cephas” (the Aramaic for “rock”) in 1:41-42, and at 13:8-9 and, quite interestingly, at 13:24-25 where Peter prompts the Beloved Disciple to ask Jesus concerning the traitor. Second, it is arbitrary to simply consider Peter and the Beloved Disciple alone. When we look at how John writes of the apostles, we see that his concerns are wider than simply setting the Beloved Disciple against Peter, he is trying, rather, to broaden our knowledge of the apostles and how they operated. It is remarkable that John’s Gospel has more references to other apostles such as Philip and Andrew. That is, John’s Gospel does not set apostles over and against one another, but to be more accurate, shows that while Peter was the chief of the apostles, as the Synoptics also present him, the other apostles and especially the Beloved Disciple – who is one of the Twelve, see 21:2-7 – were more important and substantial than the Synoptics had shown.