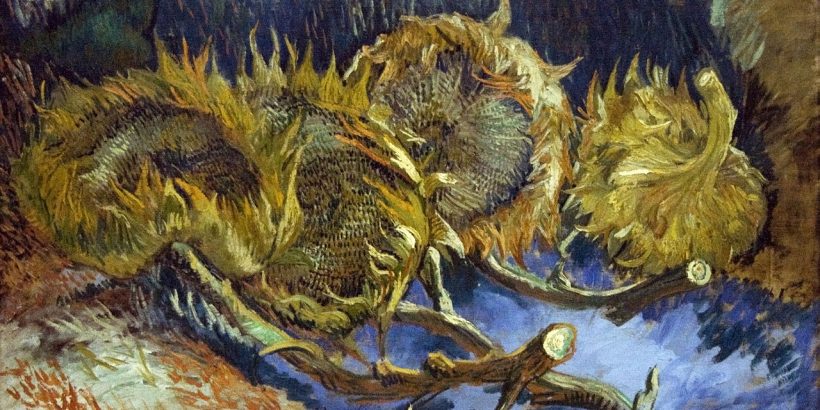 When Orage said that “Jesus Christ” used this method (Gurdjieff’s Emissary in New York, 13), he was not defining or limiting Jesus: rather, he was drawing a connection between Gurdjieff’s method and Our Lord’s methods. I will, perhaps, in a future article, explore the connections as Orage saw them, but the main purpose of this blog is to make known something of Jacob of Sarug.

Jacob was born in about 451, the year of the Council of Chalcedon. He died on 29 November 521. His entire life was probably lived in Mesopotamia, near the Euphrates River, what is today Turkey, but very close to the border with Syria. His first language was Syriac. His father is known to have been a priest. Jacob was educated at Edessa, the centre of Syriac learning. As he was there around the year 470, then 451 or thereabouts is not a bad estimate of his year of birth. He became a priest, and was eventually raised to the bishopric of Batnan, not far from Edessa. It is not clear whether he was a monk, although celibate priests probably lived monk-like existences.

Jacob of Sarug in his homilies on partaking of the Eucharist, wrote:

Come to prayer and bring along your whole self

do not let your mind stay in the market with the business.

If you are here, let your inner person

also be here inside the gate of the crowned one.

Why is your mind out roaming after affairs,

So that when you are here you are not here but there?

Outside in the market, in calculations and profits,

your mind errs! Bring it and let it go in to beg for its life.

Stand not with one half inside and one half outside,

for if you are divided your prayer will be lost between the halves.

Stand to pray a collected, unified and true man.

Some of these lines have found their way into the Syriac Orthodox liturgy, and rightly so. But it is not their beauty so much as their correspondence to Gurdjieff’s ideas which strike me, providing reason to think that Gurdjieff may have been telling the truth when he said that his system was “esoteric Christianity”.

Of course, Jacob’s ideas draw from Scripture, for example, the Epistle of St James has this passage: “But if any of you want wisdom, let him ask of God, who giveth to all men abundantly, and upbraideth not; and it shall be given him. But let him ask in faith, nothing wavering. For he that wavereth is like a wave of the sea, which is moved and carried about by the wind. Therefore let not that man think that he shall receive any thing of the Lord. A double minded man is inconstant in all his ways.” (James 1:5-8, DRB)

There are more correspondences with Jacob’s poetry, but this is sufficient to show the nature of the connection. What is significant, however, is that Jacob’s development of these ideas is not found everywhere. Of course, there are writings telling one not to let one’s mind wander. But I am yet to find anything quite like the last line I cited: “Stand to pray a collected, unified and true man.” It implies that as we are we are not collected and unified, and most of all, not true men.

At this point the parallel with Gurdjieff is quite distinctive. Sadly, little is known of Jacob’s spiritual methods. His writings are mainly hymns and poetic sermons which tell us what to do rather than how to do it.

Jacob’s development of typology is also quite important. The more I study it, the more I realise that it has affinities with Plato’s theory of the forms, although I think it is truer than that theory, which becomes too analytical. In Jacob, the idea is that our reality is but a shadow of the divine reality. That is, only God is truly real.

These are connections I intend to follow up in the future, but already, one can see how the relations between Gurdjieff’s system and Christianity are real, and can, perhaps, be developed to the individual’s advantage.