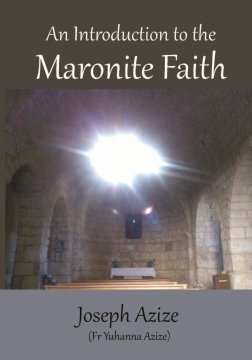 Part One: The Questions and a Broad Answer

When we discuss the altar in the Christian tradition, meaning the Catholic and Orthodox Churches (what is sometimes called the “Great Church’), we must clearly distinguish several questions which are too commonly confused for the greater confusion of the discussion. Here is a selection of the main issues:

The answers to these questions have variously been thought to be important, unimportant or of middling significance, depending upon the age and the place. My perspective will chiefly be from that of Maronite tradition, and I shall be clear when I depart from that in any way.

This has the advantage that some of the questions immediately cease to be controversial. In the Maronite tradition, there is no question at all, to be true to the principles of the Maronite liturgy and of the tradition, the altar must be at the Eastern end of the church, and have an apse behind it, so that the priest may stand behind it, facing the people during the Eucharistic liturgy.

The controversy about just these issues, which include in themselves four sub-questions, are within the Latin Church, not the Maronite. That is, scholars of the Latin liturgy argue about what happened there, but there is no doubt at all about the Maronite (at least not in these respects). I am going to provide all the evidence in this and future articles, but no other answer for the Maronite tradition is possible. We use Latin importations when we use what is called the “high altar”, and the priest stands ad orientem during the Eucharistic liturgy (for these are separate issues). They are not only foreign to the spirit of the authentic Maronite liturgy which is today celebrated, they are actually inimical to it, for reasons which I shall give.

I know that sometimes the Maronite liturgy is today celebrated on such altars, with the priest standing ad orientem. I have myself celebrated such services, and, for the priest, it can be exciting: the tabernacle becomes the vanishing point for your sight. You are right there, before the House of the Lord. It fills your eyes and your spirit. It is intoxicating – for the priest. Yet, it is inconsistent with our modern liturgy, for the simple reason that the priest’s standing in the apse behind the altar is intrinsic to the symbolism and the typology of the authentic Maronite liturgy.

As stated, all this shall be explained, chiefly in future posts, but it is necessary to be clear about the basics. Many of the reasons for what I have written here are to be found in  my book An Introduction to the Maronite Faith. There I showed that the prayers said by the priest are related to his movement through the church, and to the position he takes. The priest standing in the area behind the altar for the Eucharistic liturgy means that he has moved into the domain of heaven: hence his right to give the peace and the need for the people to chant the trisagion, “Holy, Holy, Holy.” Also for reasons given in that book, the entire church and its altar should face East, meaning that the morning sun should rise over the altar and ideally enter through three windows above the altar, as shown on the cover of that volume.

During the Liturgy of the Word, which should be before the altar, and ideally a little lower, the priest should be on the side. The altar should be plainly visible, but in a separate section, so that it is not as if there is only one space: the nave or bulk of the church is the threshold or the approach to heaven. There one can contemplation not only the altar but also the sanctuary, including the apse, in which the altar stands.

The “nave” or “ship” of the church is the main part of it, where the congregation are. The word “nave” and our word “navy” are cognate or related words. The “apse” is equally significant. So what is the apse?

Our modern word “apse” means the “arched recess at the Eastern end of a church.” It comes from the Greek word apsis. That word came to mean an “arch” or a “vault,” but its origin is far more interesting and meaningful. It originally meant a “juncture,” “loop” or “mesh” such as form a net. From there, it came to mean the felloes of a wheel, that is, the outer rim of the wheel to which the spokes of the wheel would be attached, and also, the “disk of the sun” and even the “turning-point of a planet’s orbit, when it is nearest to or farthest from the sun.” My sources are Liddell and Scott’s Intermediate Greek-English Lexicon and W.W. Skeat’s An Etymological Dictionary of the English Language, vol. I, pp.30-31.

So, the “apse” of the church is the vault-like area behind the altar, which was seen as the farthest limit of the church. It was the very wheel of the church to which the spokes were fixed, it was the disk of the sun, as the sun rose over it, and penetrated the three windows, entering as one sun-burst, forming a natural symbol of the Most Holy Trinity. In my book I quote the ancient Syriac hymn which proves that this was the actual intention of the fathers of the Syriac tradition.

So this interpretation of the centrality of the placement of the altar in relation to the apse behind it is not my fantasy, and it is found in Patriarch Douiahy, and in the most ancient Maronite churches.

As Fr Abdallah notes on p. 17 of his book, if you go to the Maronite churches, you find a great variety: there seems to be no rule or reason in the diversity of churches you stumble across. He states there that: “The present work … seeks to demonstrate that there is an architecture proper to the Maronite churches and that this architecture has a precise liturgical function which almost no one takes account of today when they build a church.”

After a brief survey of Maronite history, Fr Abdallah notes that when the Mamelukes drove out the Crusaders at the end of the thirteenth century, they destroyed most of the Maronite villages and churches. The Maronites had to begin anew (p. 21). Fortunately, the Venerable Patriarch Douaihy wrote about the architecture of the Maronite churches from three perspectives: the theological, the practical and the historical (p. 22). When using Douaihy’s Candelabra of the Holy Mysteries, Fr Abdallah wisely compares it to the manuscripts, because there are differences between the different versions: the Syriac original, the Arabic and the French translation.