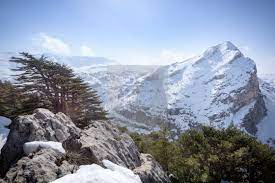 Even if I am quite sceptical of her conclusion,  Claude Boueiz Kanaan’s Lebanon 1860-1960: A Century of Myth and Politics, published by SAQI in 2005 presents some interesting ideas about Maronite identity. It seems to have been her doctorate on the 1958 conflict, but in the lead-up to that event, she studied community identities in Lebanon, especially of the Maronites, Sunni, and Druze.

I am not particularly enamoured of her historiography: e.g. she cites with apparent approval E.H. Carr’s nonsensical comment about history being a dialogue between the communities of the present and the past (p.18), and she quotes from many writers, I think excessively: often a sign of insecurity. However, she does have many interesting and forthright comments of her own.

Kanaan states, quite correctly, that the Ottomans “forced different treatment on the communities (of Lebanon), often injuring the Maronites (27).” Further what she calls “Muslim sects”, the Shiite and Druze (I am not certain they would agree that they are sects or that all Druze say they are Muslim), were also differentiated from the Sunni Muslims and had a lower social status, and this “created a distinct and lasting social gulf between the various Muslim sects (27).” She is also to be congratulated for frankly acknowledging that because the Shiite and Druze were not dhimmi (protected people), they were open to possible oppression by the Sunni, and that the Ottomans endorsed the persecution even of the dhimmi (27-28). She does not, however, point out that this was in breach of the very idea of the dhimmi. The dhimmi  were supposed to be protected from mistreatment by Muslims, but this was a farce. The reality, which people are reluctant to state, is quite simple: the institutionalised mistreatment of the dhimmi worked as a steady pressure to force non-Muslims to convert.

She says that because the Ottomans ordered and labelled their communities on religious grounds, those religions became the essential element in the identities of those communities, yet the impact of the West and modernisation (including modern education) could cut across this (29-30), as did the Soviet challenge to the West (34). But she does not note that the very existence of Maronites and Druze in Lebanon was due to their being there to flee religious persecution. That is, their religious identity predated their living in the land.

When it comes to we Maronites, Kanaan states that we produced a “genesis myth” which differentiates us from other Lebanese (51). Puzzlingly, she avers that we seek to link ourselves to a “Phoenician or Aramaic ethnic identity, claiming the right to a Western cultural identity for Lebanon” (51). Is she saying that Phoenician and Aramaean (Aramaic is the language, Aramaean the people) are both the same? She explains that claiming a Phoenician background amounts to asserting a Western cultural identity (although the term “West” is extremely broad) because the Phoenicians were important in the development of the Greek alphabet and Western civilisation (52). I do not think it is that straight forward: I think it is more that the Phoenicians were civilised, humane and enterprising, Whatever one can say of the Ottomans, “humane” and “enterprising” are not words that come to mind at once. Yet, she apparently distances herself somewhat from the obviously true statement that: “(the) inaccessible terrain (of Mount Lebanon) has allowed it to retain a population that, at least in part, can justifiably claim an ancient pedigree, undoubtedly the oldest in Lebanon” (51-52).

Although she calls it a “myth,” I am by no means sure that the Maronites are wrong to think that they come from Phoenician stock, and I see no reason why they should not choose to adopt cultural elements from anywhere in the West they might see fit (52). As she notes, without apparently appreciating its importance, it was the archaeological discoveries in the nineteenth century which showed the Maronites that they were living and worshipping in places which had continuity all the way back to Phoenician times (52). Her argument that the Phoenician city states did not become Lebanon, a single entity, is hardly the point. First, no one I know of ever said that the Phoenicians created a single Lebanese identity. Second, there is clear ancient evidence (e.g. Wen-Amun) that the Phoenicians were active in the mountains of Lebanon. Third, the last known inscription with a Phoenician name is from the Christian period in Ehidin in North Lebanon. Fourth, Phoenician was last spoken in the countryside of Lebanon (in Eusebius, if I remember correctly). Fifth, it often happens that a Maronite church is excavated, and Phoenician altar is found, showing that the site was used for the Phoenician religion. I wonder: does she think the Phoenicians dissolved into water at a particular point in history? I would have thought it obvious that they became an element in the population.

Kanaan only later notes that Maronite scholars have always acknowledged the role of the monks of the monastery of St Maroun on the Orontes, and the people who lived near them, and that St Yohanon Maroun migrated with them. In short, the Maronite position was both more accurate and more nuanced than Kanaan allows. Her authority for these errors is, of course, Salibi: a polemicist rather than a historian. Where she is on surer ground is in seeing Maronites as being recognised, even within the Ottoman Empire, as “not truly part of the Islamic world” (55) whereas this was true of even the Druze. When she says that when the Maronites spread into the coast areas and were engaged in commerce, she asserts that they developed a “nostalgic, Maronite mythology that saw the ‘old’ values as being essentially rooted in the peasant society of Mount Lebanon, rather than in the region’s land-owning elite” (56). Why is this a mythology? Why is it not a fact? Is she saying that our values are in fact “essentially rooted” in the elite? If so, where is the evidence?

Kanaan then turns to what is called the Imarah, the Emirate. This, she says, is taken as being the “prototype” for a separate Lebanese identity. This can be traced back to Fakhr al-Din, a Druze chief who became amir or Emir of an area based around Sidon and Beirut (57-58). Maronite elites played an important role in this administration, and so came to think of themselves as having some commonality with Druze, but this was the elites, not the people (60). As if pulling a rabbit out of a hat, she says that by the early 1800s, Maronites became “an increasingly cohesive community; all social levels shared a sense of special identity that derived from their collective mythology” (61). I am not sure this is correct: first, if it is tied to the idea of “mythology” I am still sceptical. But more basically, where is her proof of cohesion across all social classes on this basis? Although she later refers to the role of the Church, how much has the Maronite Church united Maronites within Lebanon?

Many questions are raised by this book, and although I am doubtful of her method and some of her conclusions, I by no means dismiss it, and the author is to be congratulated for dealing with the topic at all.