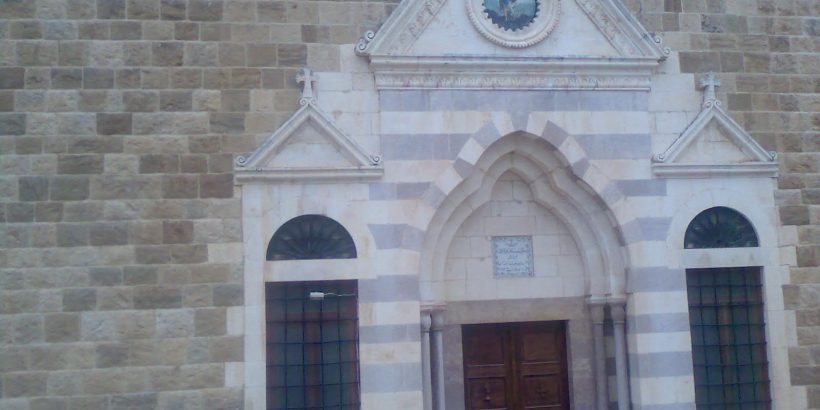 In about 2011, HarperCollins published Norris J. Chumley’s Mysteries of the Jesus Prayer. It is not an uninteresting book, as a travelogue, but its value for me lies within the few hundred words where there is something significant said about the Jesus Prayer. As I have indicated elsewhere, properly understood, the Jesus Prayer is a portion of the Prayer of the Heart, and an entire discipline which often goes by the name of “Hesychasm.” Chumley refers to hesychia (the silence associated with the Prayer of the Heart) with “a heightened consciousness in which one is immersed in the grace of God” (20-21).

Chumley reports that some of the practitioners he met warned that the Jesus Prayer is not in fact suitable for everyone, and that one should commence it only under the guidance of an experienced spiritual director (17-18). He is even aware that one can attempt it too frequently (99). There is quite a specific admonition not to bow one’s head and hold one’s breath without the guidance of a “spiritual master,” and never while alone (96). However, others are more “evangelist,” so to speak about the wider use of the Jesus Prayer.

In one passage, Chumley comes close to seeing the perils of the state of disassociation, but veers away: “Many people practise the Jesus Prayer for half an hour or fifteen minutes at a time, and for them it can be a revelatory experience. For those who practise it for long hours at a stretch over days and days, it is a different matter. Then it can literally restructure deep patterns of thinking, dislocating people from ordinary life so that they can commune with God. It was not by accident, of course, that the greatest practitioners of the Jesus Prayer could not sustain ordinary lives (by which I mean predominately lives in a city environment, with bodies and minds that needed to get themselves to work in the morning and had to juggle the numerous demands of family, friends, co-workers, clients, and supervisors)” (23).

Although Chumley is writing for the many in the world, he notes that St Antony and “all ascetics” believed that the monastic life could only be “authentically” lived “in places remote from large population centres” (27).

According to Chumley, St Maximus of Kapsokalyvia added an invocation to Our Lady to the Jesus Prayer (93-94). However, he adds, the addition has been lost. Later on, he refers to other variations, where the Prayer is broken into steps (118).

Chumley asserts that: “St Gregory Palamas … developed a method of reciting the Jesus Prayer that is linked to breathing” (80). He does not provide a reference for this. I have been unable to find any evidence for it. First, I am by no means certain that St Gregory Palamas himself developed any techniques, although he certainly did write some important materials which are to be found in the fourth volume of the Philokalia, as published by Faber & Faber. Neither does what he say about the breath support Chumley. In paragraph 7 of In Defence of those who Devoutly Practise a Life of Stillness, St Gregory wrote:

Nor is it out of place to teach beginners in particular to look within themselves and to bring their intellect within themselves by means of their breathing. … some teachers recommend them to pay attention to the exhalation and inhalation of their breath, and to restrain it a little, so that while they are watching it the intellect too may be held in check. This they should do until they advance with God’s help to a higher stage and are able to prevent their intellect from going out to external things, to keep it uncompounded, and to gather it into what St Dionysios calls a state of “unified concentration” (On the Divine Names, 4.9). This control of the breathing may, indeed, be regarded as a spontaneous consequence of paying attention to the intellect; for the breath is always quietly inhaled and exhaled at moments of intense concentration, especially in the case of those who practise stillness both bodily and mentally (337)

This does not, of course, amount to linking the Prayer to the breathing. First, it is not a reference to the Jesus Prayer but to the concentration or focussing of the mind; secondly, there is no reference to linking the prayer to anything; and third, it is clearly a temporary stage for beginners. In fact, what St Gregory writes here seems to me inimical to the idea that he “linked” the two. Personally, I did not find much else in this volume to be of interest.

First of all, I do not believe that one spiritual exercise should be used all the time, and certainly not in the same way. It can lead, I would say that it will inevitably lead, to its becoming automatic.

Second, I do not believe that there should be any regular exercise involving the breath except for being aware of it. Other methods, such as holding it in any way, should be used only for the shortest possible periods. Otherwise, we have a double danger, that not only will one’ prayer become automatic, but one’s breathing will likewise be tied to an artificial rhythm. In prayer one wants more consciousness, not less.

Third, Chumley does not report what I consider to be the two most salient of all the dangers: that of drifting into self-satisfied fantasy, and that of disassociation from life. Ellis has stated that the practice of meditation can be harmful for certain groups of individuals, particularly those with obsessive-compulsive and ruminative tendencies, noting: “A few of my own clients have gone into dissociative semi-trance states and upset themselves considerably by meditating.” A. Ellis, “The Place of Meditation in Cognitive-behaviour Therapy and Rational-emotive Therapy,” in Meditation: Classic and Contemporary Perspectives, eds. D.H. Shapiro and R. N. Walsh (New York, NY: Aldine Transaction, 2009 [1984]), 672.

Interestingly, Ellis also contended there argued that the greatest potential danger of meditation was that it was “a highly palliative procedure;” that is, a diversionary technique that helped people to feel better temporarily, but that ultimately distracted them from developing the necessary skills required to make significant positive change in their lives..

Fourth, and I shall not enter it here, I believe that the danger is that to abstract the Jesus Prayer too much from its larger context is to rob it of its highest value. So Chumley has produced an  fairly honest book, which does note the dangers of unwise use of the Jesus Prayer. But he does not appreciate how great those dangers are.

In my book Gurdjieff: Mysticism, Contemplation, and Exercises (Oxford University Press, 2020) I contend that Gurdjieff adopted the exercises of Hesychasm into a safe, suitable modern method, providing a new and suitable structure. The dangers I have referred to do not, I suggest, exist in Gurdjieff’s system. I note, too, that he almost never recommended holding the breath – only becoming conscious of it and of retaining the force which it bore, by no means other than the exercise of will-power.

Even then, I would add, that if a Christian who knows nothing of Gurdjieff’s system (and most of all, who has not been taught it by a master) wishes to use the Jesus Prayer, they would be well-advised to find a teacher with extensive experience. Sadly, today some people see something on Youtube, and then begin to “teach it.”