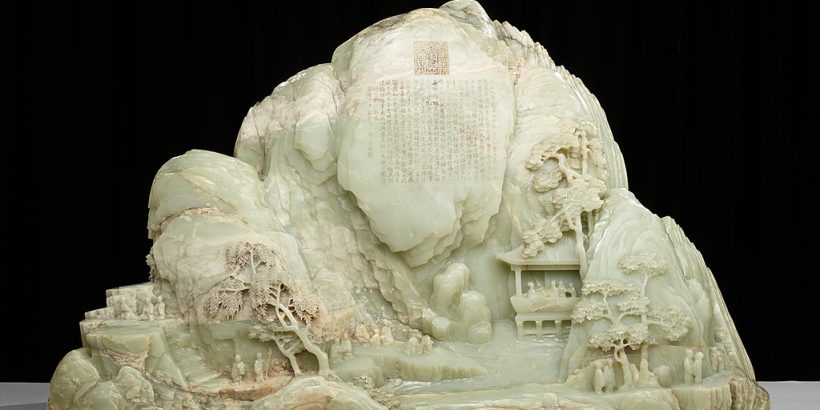 God is divine, we are human, animals are sentient, plants are organic, and minerals are matter. This is the hierarchy or sacred order of existence, and so the peak of the hierarchy orders and gives value to the entirety. We have a material substratum, and we digest plant and animal life after proper preparation. This feeding the body supports our spiritual nature. Yes, we are mammals, but we are also far more than that. As Gurdjieff said: “Man is a different formula”. G.K. Chesterton made much the same point, at greater length, in The Everlasting Man. We have souls.

Compared to God, and compared to animal life, the differences between human beings are as nothing. We are one family. As the Latin playwright Terence said: “Homo sum, humani nihil a me alienum puto”, “I am human. I deem nothing human (to be) foreign (or “alien”) to me”.

But as we have lost our traditional wisdom, we have lost our understanding of our humanity. There is a lot of nonsense, there is no milder word for it, spoken today about “cultural appropriation”, so that if a young lady who is not Chinese wears a dress with a Chinese design, she is accused of some sort of misfeasance. This is ridiculous: she is a human being and normal human interaction necessarily does and even should involve learning from one another, it must and should include being open to other influences, whether cultural or personal. It is entirely the person’s choice whether to accept, adapt or refuse the influence. I like some Japanese cuisine but not others. I am entirely free to choose what to eat, what not to eat, and to adapt some recipes should I so choose. We have every right to use the art of other human beings (the copyright and trade mark laws always excepted).

That the young lady in question is not Chinese is completely beside the point. Were it pursued to its logical end, not only would foreign influences in food, drink, art, architecture and music be banned, but this type of thinking could end up with each person only being able to use what they themselves produce. But it won’t be pursued to its logical end, because logic would be inimical to this attitude. Ironically, the person who foolishly and wantonly abused this young woman, used the English language. If he claims the Chinese tradition as his, he should have railed against her in Chinese. But he used English, appropriating the achievement of over two thousand years of non-Chinese peoples (and longer, if we take English back to its roots).

This is it: we are all children of Adam and Eve. Our culture is human, and to divide and parcel it among races, nations, cultures and tribes, is to steal from humanity. But I think it goes even further, I think that precisely because we are one family, all of whom are equally valuable in the eyes of God, we are positively made to learn from, exchange and share with one another. The human nature is a nature of adapting (or even “appropriating” if you wish to use that word) human culture.

There are many variants of this nonsense: e.g. only women can comment about women, only blacks can comment about blacks. I repeat: we are human. We have human faculties, we can comment about anything we wish. Because we are human, we should be as virtuous and impartial as we can be. And God has given us consciences to help us feel what is right and what is wrong, and to have an uneasy sense when we ought to have a question.

Conscience is more than just what I personally think is right or wrong. We can persuade ourselves of anything. I think that Gurdjieff’s approach to conscience is the best of all, and that we Christians could profit from it.

I want to move now to a related question, that of discrimination between people. Right is right and wrong is wrong. If discrimination against women is wrong then so is discrimination against men, because what is important is that we are all human. That is why I oppose and always have opposed so-called “affirmative action”. At first I was only doubtful. But now my doubts have been confirmed: quotas are discrimination, of a wrongful type, and so it is and always will be wrong. Discrimination cannot be justified by what it might lead to, because what it leads to is the trouble we are seeing today. That it would end here, in more wrongful discrimination, more complaints, more grievances, and in bitter entrenched resentments, was not known when affirmative action and quotas were introduced. I am old enough to remember it. It was thought, implicitly or explicitly, that these quotas would only be needed until the culture changed. But no one foresaw that the cultural change would be a deterioration: that the result would be prejudice against what were or are large groups, e.g. straight white males. If prejudice is wrong, then all prejudice wrong, and it can no way be justified by directing it against straight white males. But what was thought to be a temporary support became the tacit basis of an entire ideology of complaint and a culture of resentment.

We are in an absurd position: there has never been less discrimination against women and racial, religious and sexual minorities, yet the outcry and the vehemence of the demands for equality has rarely if ever been greater. Incidentally, not all discrimination is wrong: if I am choosing whether to buy this or that, I need to discriminate. If I am hiring someone for a job, I need to discriminate to choose the person best suited to the job. There is no reason why discrimination should not properly include awareness of the differences between men and women, e.g. not allowing one into the other’s showers at the gym. Incidentally, I think that Thomas Sowell is one of the most important social thinkers in today’s world, and possibly in history. When I have sufficient funds, I will purchase his new book Discrimination and Disparities. But from what I have seen of his interviews about this volume, and his previous books, it should be every bit as brilliant as what I have read from him so far. He apparently makes point that not all discrimination is due to hate-induced bias.

I recall some women were at the head of a government funding programme for film-makers. They said that if the team submitting a proposal did not include women, that proposal would have an uphill battle to obtain funding. Note, it was not that if the team was not composed of both men and women, simply that it had to include women. People ask for minimum quotas for women, but never for men. If a team without women will not be funded simply because it is all one gender, then a team without men, similarly should not – on this logic – be funded. But I reject that way of thinking. We are human, and as Terence said, and first principles demonstrate …

But feminism has become an ideology of complaint. Feminism is not needed. All we need is fairness. People who use the language of fairness, even if they differentiate their position on certain points from that of other feminists, are contributing to the misunderstandings and confusion. It is ironic (again) that Germaine Greer who was one of the pioneers of feminism, has now been attacked because she opposes the trans-trend on the grounds that it is inconsistent with her vision of feminism. She does not see that by basing all her decent points on what she considered to be male and female identity and traits, rather than on fairness, and being so needlessly aggressive in style, she stoked the ideology of complaint which has now turned against her.

Resentment and hatred are blind. That is the reality. And they delight to accuse others of their own fault, e.g. labelling those who disagree with them as being guilty of “hate speech” and therefore to be “no-platformed”.

The Black Lives movement has become an ideology of complaint, and those on the right who imitate it (“X. lives matter”) are on exactly the same level. Long ago, black thinkers like Zora Neale Hurston were doubtful of the Civil Rights movement when it devalued the importance of individual effort and struggle in favour of a mouthing of collective grievances. Sowell and Larry Elder, among other black thinkers, have made the point that the very system of social support which as supposed to help black families in the USA has effectively weakened them, so that proportionately more black children now are raised without a father than ever before, and suffer the effects of this. At one time, they say, more blacks than whites had a father raising them, and they were more law-abiding than they are now. They blame the welfare state for facilitating irresponsibility.

I repeat: the people who began these movements were well-intentioned, for the most part, although some of them were tinged with hatred. But hatred is contagious. People will readily listen to voices of complaint, and will readily accept that they have a grievance, that they themselves are not to blame for their ills, but someone else is. Sometimes other people are to blame for specific problems. The two are not inimical: someone else’s responsibility does not cancel out my own when my life is in question.

I do not have time to go into Gurdjieff’s teaching on conscience, but I should point out this. At bottom, the problem has not been so-called patriarchal structures, it has not even been the welfare state or the movements I have critiqued. The fundamental disease is within us, that we as individuals do not live by conscience, do not practice virtue and do not eschew vice. We do not live with conscious aims. The root of the problem is that we as individuals live neither by consciousness nor by conscience: in a word, we have forgotten God. So we need to wake up to the nature of our humanity, and to oppose cultural currents which would sweep us away. Why? Because as we are, we are so weak. What we need, is a culture of consciousness, and for that, the struggle is fundamentally and irreducibly individual, for a conscious individual, a good man or woman, is a powerful influence on those around them, and the only one which does not cause damage through unintended side-effects.