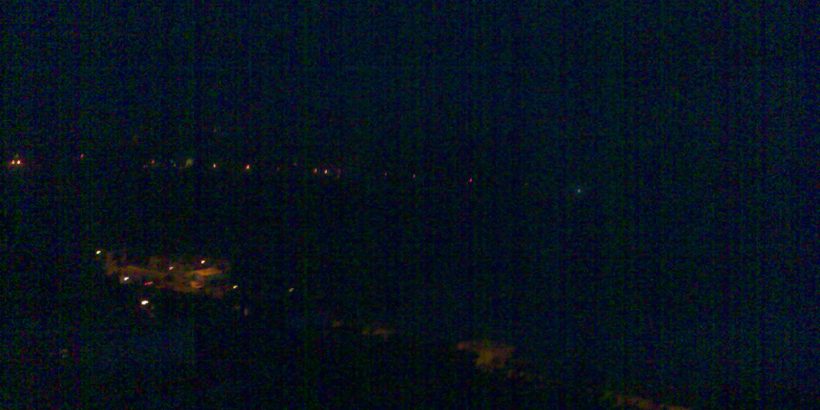 I was impressed by Ben Shapiro’s interview of Stephen C. Meyers on his Sunday Special. I have never read Meyers, although two of Stephen Meyer’s books (Signature in the Cell and Darwin’s Doubt) are praised and made use of in Paul Robinson’s sterling book, The Realist Guide to Religion and Science (featuring perhaps the greatest back-cover blurbs in all of recorded history). Before passing to the programme, I would encourage anyone who wanted a sound overview of the difficult and perplexing area of religion and science to begin with The Realist Guide. Meyers’ work is featured at pp.411-417.

The entire interview on the Sunday Special is something of a tour de force, not only for Meyer’s excellent responses, but for Shapiro’s peerless method as an interviewer: highly intelligent, well-versed in the area, respectful and focussed on the purpose of the interview: to learn what Meyer says about these questions, both topical and evergreen. When I quote Meyers, I may have a few words wrong, but he speaks almost as quickly as Ben Shapiro, and I could not always catch what he said.

I need to stress at the outset that I am only reporting on what I saw and could understand. I think that the issues are extremely significant, but do not fall within even one of my areas of dilettantish acquaintance.

Early on in the show, Meyers states that: “One of the most extraordinary discoveries of 20th century biology is that the foundation of life is information in a digital form – the DNA molecule stores information in a four-character digital code, and this discovery … has over time created an impasse in both chemical evolutionary theory which are the theories about the origin of the first life, and biological evolution, as well, which are theories about how you get new forms of life from pre-existing forms … I became fascinated by … the possibility that the information at the foundation of life was actually an indicator of the activity of mind, of an intelligence.”

This, he seems to say, involves “historical scientific questions”, and to investigate this, he employed the insight of Lyell and Darwin known as “the vera causa principle”, which is that “to explain an event in the remote past, one should posit a cause which is known to have the power to produce the effect in question” (by the 5’30” mark). Information, especially in alphabet or code, always arises from an intelligent source, not a “material process”. This took Meyer to intelligent design (ID), and not merely the apparent design of the Darwinians. There are other points later in the interview where this point is expanded or supported.

In a probing question, Shapiro asked what evidence could falsify the ID theory. Meyer’s response was equal: “You would have to find an undirected process that was capable of producing information beyond a threshold that we have defined mathematically …”. However, he adds, he did not use Popper’s falsifiability model of science, but that of “inferences to the best explanation.” His argument is that “only intelligence, only mind, is capable of generating the amount of information needed for these big jumps in biological complexity in the history of life” (by the 7’20” mark).

That the universe had a beginning is a point of agreement between religion and science. Meyer states that this is an example the increasing congruence between religion and science. However, he realistically adds that the Neo-Darwinists are the New Atheists, and that Darwin’s own thesis was that the undirected process of evolution produced the appearance, not the reality of design. “Evolution” has multiple meanings, e.g. change over time (which itself has several possible references), that all forms of life are connected by a common ancestry (e.g. the tree of life), that natural selection and random mutation are sufficient to produce all the new forms of life and the manifested appearance of design. This third meaning is the one challenged by ID.

There is, Meyer states, a question about the origin of the first life. There is “a major discontinuity between chemical processes … and what we see in actual living organisms …”, and a series of discontinuities in the fossil record (by the 15′ mark). I understand from the internet that this fossil argument is strongly controverted by Meyer’s opponents. But the big questions here is, what process can account for all the new forms we see in life, as we “we know you need information” to build complete forms of life? They return to this topic at about the 29′ mark. Meyers notes that there is no evidence for a spontaneous chemical origin of life. Further, the problem is not only the existence of the building blocks of life, but their organisation into more complex systems.

An interesting point I had never heard before was that Newton, in his book on gravitation, wrote “a terrific argument for design based on the fine tuning of the planetary orbits” (around 38′ 45″). He also makes an intriguing statement about objective truth and the reliability of the human mind. Further, if Neo-Darwinianism cannot explain mind, it is missing a good deal. As he says: “Mind is a reality” (around 42′). To say that purposive intelligence is an illusion is “an impoverished world-view”.

A very significant point is the one about teen suicide, and the question of whether any “human achievement can ever matter … nothing can meaning something to a rock …” (around 44′). ID, on the other hand, says that “personal agency is fundamental to the cosmos”, and this could answer young people’s questions about meaning. This has always been my suspicion: that the epidemic of suicide is intimately related to a lack of a purpose to live.

Perhaps the most important issues appear at around the 48 minute mark: the designing intelligence of the cosmos can be either imminent or transcendent. The ID theory itself is “theistic friendly”, and may have “theistic implications” but is not a proof of theism. His next books will extend ID into cosmology and “anthropic fine-tuning”. Here he will argue that the evidence of design which can be deduced from the fact that our universe is just right for life, has to be located at the beginning of the universe. This makes it impossible for an agent within the cosmos to account for the Big Bang and for this fine-tuning. The evidence may show the existence of God as being the most plausible explanation of life, but it cannot prove it.

Two other interesting points: first, the distinction between “specified or functional information” and “mere complexity or randomness” is real, and underwrites the case for ID. Second, he dismisses the “multiple universes” theory for several reasons. The most important issue is that the multiverse hypothesis “presupposes prior fine-tuning”, otherwise, what will happen in one universe will not affect any other, let alone the probability of life. For this reason, a certain “universe generating mechanism” or “cosmic lottery” is presupposed, and in each case, there must be exquisite fine-tuning for this to be.

Important concepts they discussed, but which I won’t go either because I don’t understand them or don’t have time, or a bit of both, include: orphan genes, information theory, probability, Gould’s theory of punctuated equilibrium and species selection, envelopes of variability, pre-programmed adaptive capacity (and the related question of the source of the pre-programming), protein folds, the RNA world theory, methodological naturalism, and “quantum cosmology”. It was most interesting, I only wish I could better grasp it, but it does fit in with my Christian worldview, as informed by Gurdjieff.