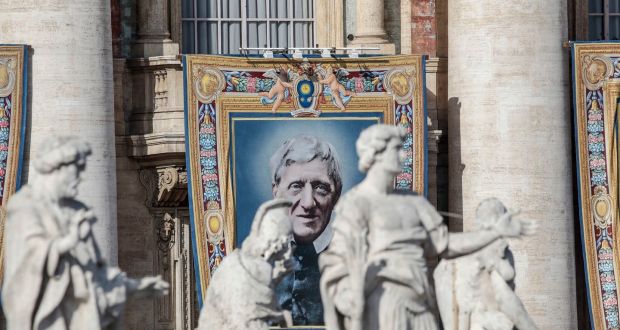 One of the most highly regarded series of St John Henry Newman’s writings is his University Sermons, being fifteen of the most important sermons he preached when he was an Anglican at the University of Oxford. They are freely available on the internet: https://www.newmanreader.org/works/oxford/ I am using the SPCK edition of 1970. These brilliant sermons are too little known because they are considered to be very hard. They are hard, but they are worthwhile. I shall attempt, in this post and the next, to make the saint’s thought more accessible.

Today, I shall be commenting upon the fourteenth, entitled “Wisdom, as Contrasted with Faith and Bigotry.” It was preached on 1 June 1841, the Tuesday after Pentecost. Protestant preachers tend to take one verse of the Bible and address that in their sermons. On this occasion, St JHN took 1 Corinthians 2:15: “He that is spiritual judges all things, yet he himself is judged of no man.”

Newman’s point of departure is that spiritual man has been granted Christian Wisdom by the Holy Spirit (§1). Yet, he remarks, St Paul has just contrasted “wisdom” and “faith” as “distinct, or even opposite gifts.” One approach is to understand faith as a spontaneous and unconscious exercise of the reason, while wisdom is a more mature development of thought (§2). He goes on to show how the New Testament often speaks of the reality of reason without using that very word (§3-4).

How can faith and reason be related? Does the virtue of faith contradict the human faculty of reason, or vice versa? This is a real question: people do often speak of faith and reason as if they were inimical, like fire and water.

But this is not Newman’s approach. First, he says, we have to understand how God works upon us: “His grace does not supersede, but uses (our minds and reasoning powers), and renews them by using” (§6). That is, faith and wisdom are not contrary to our ordinary minds, but are rather added to and develop them. Tone corollary of this is that our full human intellectual potential is reached only by divine grace supercharging our natural powers, so that they are raised to a higher level.

He then advances his argument by approaching it from a distance. First, he draws attention to how we often sense a certain enlargement of our minds and our attitudes when we come into contact with something new, be it a huge city, a vast panorama, a new science, or a new idea. From this he draws the reasonable conclusion that what we call “wisdom” is close to a certain “enlargement of mind, (which) has some intimate dependence upon the acquisition of knowledge” (§20).

But wisdom is not just knowledge, when it comes as a gift of God, it is received as a revelation which surpasses anything natural for us (§20). Further, it is not only the gaining of a new knowledge, but the new mind which can compare its new understanding with its old, that we feel “the whole mass of our knowledge … gravitates” towards a new “moral centre” (§21). In a marvellous passage, he writes:

And therefore a philosophical cast of thought, or a comprehensive mind, or wisdom in conduct or policy, implies a connected view of the old with the new; an insight into the bearing and influence of each part upon every other; without which there is no whole, and could be no centre. It is the knowledge, not only of things, but of their mutual relations. It is organized, and therefore living knowledge. (§21)

In the same way, says Newman, a good memory is not wisdom, and a dictionary is not a treatise (§23). A person may have had a great deal of experience but not benefitted from it, failing to see the available connections. For such a person, “everything stands by itself, and comes and goes in its turn … leaving the beholder where he was (§25) This brings Newman to philosophy which, he says, “is reason exercised upon knowledge, or the knowledge not merely of things in general, but of things in their relation to one another,” so as to see where everything has its place in the universe, the aspects of its parts, seeing where something begins and will end, anticipating its tendencies and what will advance or counter those, “accounting for anomalies” and so on (§29).

From there we come to wisdom, which is more even than this: “Wisdom is the clear, calm, accurate vision, and comprehension of the whole course, the whole work of God …” (§29) even if no human has this gift in its fullness. But if I may put it this way: even if my eyesight is bad, and the atmosphere is foggy, I might be able to see all of a lake. I can see: this is the lake, this is roughly where its shores are, and this is its size. If my eyes were better or the weather clearer, I could see even more, but I can, nonetheless see the whole of the lake. And that is a very different situation from only being able to see a part of the lake. This, I think, is what Newman means by saying that we can have wisdom even if not in its fullness.

This enables Newman to distinguish two types of proof for Christianity: one is philosophical and the other is not. The philosophical arguments are the serious ones, from the establishment and history of the Church (a much underrated one, in my opinion), the argument from analogy (I think he means what we would call the argument from design), and so on. But the non-philosophical proofs, the “rhetorical” proofs such as a miracle or the fulfilment of a prophecy are not to be disparaged, but are not the strong proofs. However, an argument from the inner logic of a number of prophecies, would be a philosophical argument (§30). From this comes the important principle: “… Evidences in general are not the essential groundwork of Faith, but its rewards; since Wisdom is the last gift of the Spirit, and Faith the first” (§31).

end of part one