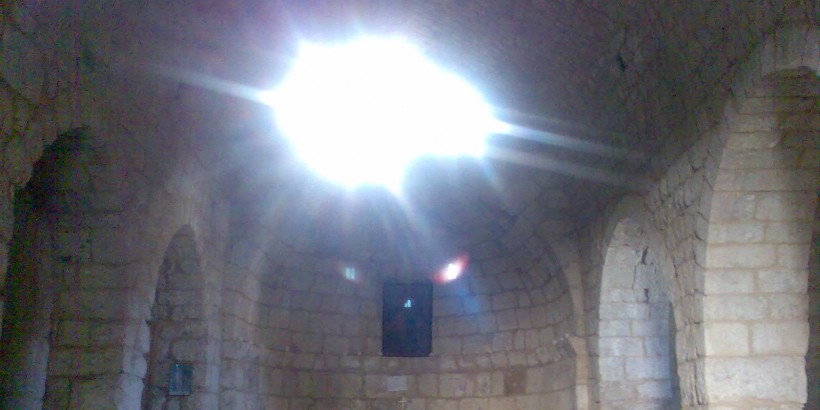 A very interesting study of meditation and contemplation in the Christian tradition was published by my colleague Professor Garry W. Trompf, one of the world’s leading schoalrs of religion. This article, “On the Origins of the Western Meditation Movement”, is well worth reading However, it was published in a fairly hard to find volume, Edward F. Crangle (editor), The Pathway to the Centre – Purity and the Mind, (Sydney: Dhammachai International Research Institution, 2010). I think I am performing a public service by outlining some of his conclusions, as a sort of preface to a fuller study of mysticism and contemplation.

First, let us consider the words. Trompf concluded that the word meditation had a pre-Christian “usage for thinking over something very seriously, and is much stronger in its suggestion of mindfulness than contemplation.” This was an important lead for me when I came to conduct and publish further research in this area, but in this post I am setting forth Professor Trompf’s views. He noted that the early Latin translations  of the Bible used this word, meditation for “the Greek metelê (denoting care, thoughtfulness, study, practice), which in turn was used to convey the classical Hebrew higayôn, suggesting ‘inward (murmuring of) thought’ (cf. LXX Ps. 19:14) and then the rabbinical practice of haga (‘mouthing [the Scriptures] to instil them [in the heart].’” This last line is from Leclerq’s once standard work, The Love of Learning and the Desire for God.

The Jewish tradition was significant, for “From the Jews the Christian monks inherited the method of voicing the Scriptures aloud, not just reading them. In the early Patristic period, the desert was the ideal place to live with biblical texts; out there one not only ‘chewed’ on the sacred words, one hoped in due course to be ‘devoured’ by their power and ‘enter into’ them.” This was a quote from an essay in book which Trompf had edited, D. Burton-Christie, “The Transforming Power of the Word: Asceticism and Hermeneutics in Early Christian Monasticism,” in The World of Religions: Essays on Historical and Contemporary Issues in Honour of Professor Noel Quinto King, ed. Trompf and G. Hamel, 2002, pp.53-66.

These practices seem to have been largely the preserve of the Christian East, and its distinctive monastic practice. There is a still an element of secrecy about these, as they are learned only by monks, although laymen can be told something. Then, in an important passage which was based on research on manuscripts from Mount Athos, and which are not generally available, Professor Trompf states: “… we know, from the brilliantly coloured manuscripts on the holy Mount Athos, that Eastern Orthodoxy worked with something closely related to the cakra system (in fact it is one of the mysteries of comparative religion as to who formulated this system first).” (pp.1-2)

Turning to the Syriac, rather than the Byzantine East, Trompf states that there was a unique approach, especially in the wilderness northeast of Arabia, where the tendency was anti-ritualistic, to the extent that the Eucharistic sacrament was neglected. Once more, our knowledge is incomplete, but one can see how, from a theoretical position, one can come – as the Protestants do – to downplay if not to neglect Holy Communion.

Then, in the medieval monasteries of the West, meditatio was related to the practice of lectio divina: they were complementary methods for not only the vocalizing but also the internal assimilation of the Scriptures (in so far as this is possible). Trompf stated that, in this school:

The classical pre-Christian meaning of mindfulness was preserved, but now accompanying that was the Hebraic insight of taking things into the heart (hence the English phrase “learning by heart,” which in modern times gave a negative twist to the original point). (p. 2)

At this stage, the early medieval, meditation and cogitation (cogitatio) were considered to be close if not identical to each other. Neither practice was “just thinking,” and neither were considered important for their own sake, but rather were usually used together with a regime of prayer (Latin precaria). Prayer could be understood both as “specifically uttered” prayers and in a larger sense as “putting oneself at God’s disposal.”

Trompf’s conclusion to this point is that: “… right from the start in the Christian tradition, meditation entailed prayerfulness, and in time it presented as one form of prayer.” (p. 2) The next post brings us forward into the Carthusian period of the twelfth century.