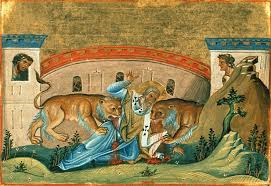 The journal Universitas, issued by the Jesuit-run Fu Jen University in Taiwan, has kindly published my article entitled “The Institution of the Eucharist in the Gospel of John, the Didache and Ignatius of Antioch”. It is in number 504 of 2016, pages 3-35. I am grateful Dr Paulus-Petrus Chang for inviting me to submit it, and for the professional presentation of the volume: it has a colour illustration of the martyrdom of St Ignatius on the front, and the martyrdom of St Anastasia on the back.

I wrote that article because a rather influential scholar, Paul Bradshaw, argues that Jesus did not institute the Eucharist at the Last Supper. I know that to anyone who does not read in the area, this will sound incredible, yet it is an argument which many academics now accept. For example, Riggs writes: “That which eventually became the sacrament which variously is called the Lord’s Supper, Holy Communion, the Eucharist, and the Mass does not have its origins in any putative last supper that Jesus shared with his disciples. There was no last supper of Jesus such as that which is portrayed in Paul’s letter to Corinth or in the gospels.” (all references can be found in my article)

I am convinced that these scholars are wrong, and I wrote that article to set out my reasons. While Professor Bradshaw covered a lot of ground in his article (and in a book he co-authored with Prof Johnson), my article only dealt with his thesis as it relates to the New Testament, the Didache, and the letters of Ignatius of Antioch.

Bradshaw notes that St John’s account of the Last Supper is different from that of the other evangelists. This is true. But he assumes that it is an entirely separate account, and cannot be reconciled with the other Gospels. I gave my reasons for disagreeing: rather, I said (in keeping with traditional Church teaching), St John assumes as correct in the other Gospels whatever he does not contradict, and he supplements rather than opposing their accounts.

Also, Bradshaw sees there being different “strands” in St John’s Gospel, and he uses this to question the historical value of that Gospel. Taking the example he uses, the feeding of the multitude, I said that the implicit logic of his argument as presented was:

There are different strata in John’s accounts of the miraculous feeding.

*2.       Historically reliable texts were written at one time in redaction.

Although he has not stated *2, Bradshaw’s argument clearly relies on this. But this is not a sound argument: let us say that John did write and edit and re-edit his Gospel. In fact, there is excellent evidence for this within the Gospel. Why can a text which has been written like that not be entirely true? Of course it can, and to assert otherwise is really calling for an act of faith!

Referring to Our Lord’s words in chapter 6 of St John, Bradshaw says that blood drinking cannot belong to the “earlier” Jewish stratum because the very concept would have been “an abomination”, while eating flesh was merely “difficult for a Jew to comprehend.” This would seem to be a reduction ad absurdum. With all respect to Bradshaw, he simply asserts this. Further, one would expect here some reference to 6:60-69. Verse 66 states that many of the disciples withdrew because of the teaching which had been presented. Few would deny that this could be categorised as something beyond “difficult to comprehend”. But does it amount to a sense that it was an “abomination”? This is a question of description. In the final analysis, Bradshaw’s point turns upon nothing but a rhetorical distinction, which he does not apply in a consistent matter to the pericope in question. I would suggest that John, 6:66 shows that what was said was indeed considered to be “an abomination”.

When it comes to that ancient Christian document, the Didache, Bradshaw states that chapters 9 and 10 “contain what appear to be prayers for use at a Eucharistic meal accompanied by brief directions.” Referring to the bread and wine, he observes that they are nowhere described in the document as the body, flesh or blood of Christ, but only as spiritual food and drink. Neither is there any reference to the Last Supper nor any association with the death of Jesus. Rather, Jesus is spoken of as bringing life, knowledge and eternal life.

As I argued in reply, there is a question of the extent to which the Didache reflects existing practice and to what extent it seeks to alter or enlarge upon it. There is insufficient evidence. Neither does the tone of the writer tell us whether the writer is innovating, reminding, or a little of both. But the “Eucharistic prayers” of chapters 10 and 14 seem to be addressed not to anyone who is a celebrant, but rather to those who are not celebrants.

Before the Didache, the only evidence for a sacramental meal tradition is that of the Synoptics. Bradshaw’s conjecture that the Synoptic and Pauline view could have spread only when “the New Testament books gained currency and authority,” cannot be correct, because the Didachist, who has a sacramental meal tradition in chapters 9 and 10, is writing before such a time. This alone would be sufficient to dispose of Bradshaw’s view of the Didache, and perhaps even of his thesis of the development of the Eucharist.

Of some interest is St Ignatius of Antioch, dearly beloved of Maronites, as we are Antiochene, too. There, Bradshaw argues (amongst other things) that Ignatius does not say what is in the cup which he mentions after the flesh and since he uses the word “Eucharist” for the rite as a whole, he may not mean that the flesh and blood of Jesus are consumed.

But this is just wrong: Ignatius does indeed refer to the cup, and indicates what is in it. In Philadelphians 4, Ignatius states: “And so be eager to celebrate just one eucharist. For there is one flesh of our Lord Jesus Christ and one cup that brings the unity of his blood, and one altar …”

So the cup does contain the blood of the Lord, according to St Ignatius.

Bradshaw’s second argument is not clear. Why should the use of the word “Eucharist” for an entire rite mean that, in Ignatius’ understanding of the Eucharist, the flesh and blood of Jesus were not consumed? But it flounders on an even more basic point: we have Ignatius’ testimony that what is consumed is the flesh of Jesus Christ and his drink. In addition to Philadelphians 4, cited above, we may refer to Romans 7.3: “I have no pleasure in the food that perishes nor in the pleasures of this life. I desire the bread of God, which is the flesh of Jesus Christ, from the seed of David; and for drink I desire his blood, which is love.”

Many other texts are relevant, and can be shown to form a consistent and coherent theology of the Eucharist, in which the body and flesh of Jesus Christ are consumed (e.g. Ephesians 5.2 and 20.2 where he speaks of “breaking one bread, which is a medicine that brings immortality; an antidote that allows us not to die but to live at all times in Jesus Christ.”)

While the study of Ignatius’ eucharistic theology is rewarding in itself, this is quite sufficient to answer Bradshaw’s assertion that Ignatius may not believe that what is consumed in the Eucharist is “the flesh and blood of Jesus Christ …”

I will look at the Bradshaw’s argument about the New Testament in a future article. I began with these writers rather than the New Testament, although it is earlier, because that is how Bradshaw did it!