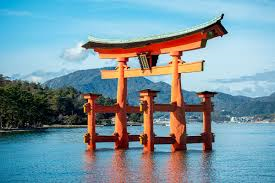 I wonder if we do not all have this as part of our history: a feeling that we are inadequate? That we would have been better as someone else? That, as children, we had promise, but it was somehow blighted, and if just some things in our lives had been different, it might all be perfect now?

Were you never as happy as could be, suddenly found yourself dressed down by someone for expressing your high spirits, and as all your happiness deserted you, you felt this was the truth all along, and the happiness was a life: you really were a piece of rubbish?

Even now, surely there is deposited in all of us the sense that we were rejected by people who had the right to reject us, and from whose judgment there was no appeal. It is a vague because unspoken conviction which dwells within us, and at different times is more or less dominant. But did we not all, to some degree, feel that our parents disdaining us as not good enough? There’s a sort of memory, of adults looking down on us from on high, and passing a disapproving judgment, even if they did not physically cast us out. And then there was always this hope, which could suddenly leap out like a mountain on fire from the smallest spark, a hope that we were fully accepted and loved? It is as if we swung from a gloomy sense of failure to a wild hope of redemption from a sense that we were nothing to one that we were wonderful? And both extremes are equally desperate.

I wonder if this swinging internal pendulum of self-hate and self-love ever entirely disappears? When we were too far down, did we not allow ourselves to be lifted too high? But how could we have been temperate, being just children, the butts of adult put-downs? And where was there to be lifted but in our own minds? Too many of us; many too many of us, have been ego-tripping for so long that we have become addicted to it.

But we cannot fool conscience: do we not harbour some feeling that we are always covering up? And if no one ever mentions this, if we never bring it into the open as a human fact, are we not playing roles in a farce?

Our social lives are almost hypocritical, based on the unspoken delusion that if we put up a good front we are not feeling deeply insecure. It’s as if we participate with others, believing that they are not like we are inside, and that if we can join in with them, and pretend skilfully enough, they will imagine that we really are what we project we are.

Then, did we not find that other people seemed to be naturally invested with quasi-parental authority, so that the little histories of our pain with these people all blended together?

Again, did we not all feel, at some point of childhood anyway, that there were other people who were good enough, and who pleased their parents? Did we not all have at least one parent or teacher who fostered that by saying: “Be like so-and-so”? And we were puzzled at how it could be so easy for so-and-so to be so fine and acceptable when we were so thoroughly defective?

Whether it was that, or just our own perceptions, or a combination of these, was there not also, a sort of a wonder that some of our friends seemed to have much better relationships at home? Did that not lead to a feeling that in some obscure way our parents were lacking, and that some other parents were fully competent, fully mature?

The same probably goes, but less keenly in the majority of cases, for our relationships with others. All the relationships, inner and outer, must be healed together, or more precisely, go into healing together. It should be so: all our relationships assume something inside to be related to something outside. The deepest and most intractable issue is the internal one, but all the external connections tell us something about the inside, like how different liquids will or won’t mix with whatever is in the pot.

How to cure this? Time, certainly. But time can be more or less intense. By its very nature, this internal pain probably needs more than one type of time: the slow time of remembering, reevaluating and pondering, and the very slow time of growth in being. Then, when our being and our knowledge have produced a certain understanding, it needs the shockingly fast time of direct perception – at least I think so. That is the moment the pill is swallowed, and it is never the same again. And then it can be digested, and the metabolism changes, our being changes, and we know that a stage has been reached.

For the cure, we cannot reserve one resentment, one dislike. They must all be seen by consciousness and sensed by conscience. Perhaps we can say that in the Gospels of the Lord, conscience is water and consciousness is light, while night is sleep. Conscience and consciousness make it possible for the gardener to see what is done and to do his work. “I must work the works of him that sent me, while it is day: the night comes, when no man can work” (John 9:4). No consciousness, no work. No conscience, no sane and stable criterion to judge ourselves.

What is the internal action which corresponds to digging out emotional weeds? Perhaps it includes something like pity. And that reminds me of two things: first, that in Semitic languages the word for “pity” comes from the word for “womb”. I always felt that the nuance was something like “God takes us into His womb.” Now I wonder if it may not also be something like “the feeling of pity is mother to the New Man.”

And who is this New Man? He is spoken of in the Gospels, if he is found anywhere. I think now that it has to be: everyone has something irreducibly individual which they need to do.

Let me rephrase it: at some point on the spiritual path there are steps which no one else can describe, really more like whirlpools than stairs. And no one can tell us how to negotiate all of these whirlpools, certainly not with precision. But there are principles: we must awaken, we must mature as individuals.

There is a saying: “One must be the adult for oneself.” What does an adult look like? I am not certain, but we know some people who have been role models if not in all respects then at least in some respects: and from our good role models we can  receive enough help to work out what should so. I do believe that whatever an adult looks like, he would have the positive feeling which is found in Christianity. The goal is there: God. The Beatific Vision. Adoration. Humility. That cannot be wrong.

We need to understand where we have come from, and to have a sane attitude towards it. To have an unconditional love of all the circumstances and the actors who have been part of our journey to this moment.

It is also said “life is only given to us in moments.” This is very deep. I am still discovering new meanings in it. We are not given a new life as one whole thing. We sort of aim for “a good life”. But such a thing is not lawful. We are given only moments of life. Yet everything can be included in one moment. Maybe it is like one of those moments of higher time: it sets all which comes after it on a different path. I think it has to be like that: we have to grow in God so that we can grasp that moment. Is “grasp” the right word? “Realise”? “Attain”? “Live”? “Be made worthy of that grace”?