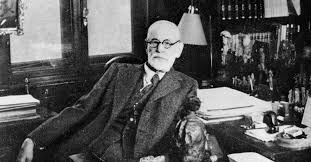 I have almost finished reading the massive 650 page plus Why Freud Was Wrong, the masterpiece of the late Richard Webster. It is one of the best books I have ever read, excepting religious and spiritual titles. I could hardly recommend it more highly to anyone interested in modern intellectual history, in understanding how and why our society became what it is, or in topics of psychiatry and guilt, shame, and mental stability. It is, I suggest, an important book. That is not to say that I always agree with him. On the contrary, while I emphatically agree with him that Freud was wrong, I often disagree on details. Webster did not have the faith and never wanted it, at least while he was writing this book. There are certain matters which he overlooks (e.g. some of the influences on Freud), and some where he strays into unnecessary and dubious areas (e.g. when he presents alternatives to Freud’s theories). Yet, having considered many of the criticisms levelled against it, the book is a genuine masterpiece. Consider this passage from the chapter “Priests, Penitents and Patients”:

Whereas the Roman Catholic penitent is to some extent protected against his or her fantasies of divine punishment and self-recrimination by the mediation of the priest, the Protestant ‘sinner’ has traditionally been condemned to feeling exposed, naked, unclean and alone beneath the pure eye of God, forced, because of the absence of any form of limited penance imposed by the priest, to imagine God’s wrath in the limitless perspective of eternity. It is only if we can imaginatively grasp the significance of the inscrutable and God-like persona which the orthodox psychoanalyst adopts during analytic sessions that we can understand that psychoanalytic patients will almost inevitably feel a similar sense of helpless vulnerability in relation to the remote and mysterious personality of the analyst. (p. 350)

There are several matters we could comment on here. Let me select just two: first, what most interests Webster, how psychoanalysis functions as a substitute for religion, and – according to Webster – borrows much from the Judaeo-Christian tradition. Second, and related to this, his implicit admission that Catholicism had within itself a certain wisdom which tended to the health of the faithful, and which was lost by the Protestant so-called Reformation, but was restored – to some degree, and in some form – by the new religion of psychoanalysis.

This ties in with the psychoanalytic notion of religion being both a neurosis, and also as a way of dealing with neurosis. Freud purports to state the facts of the human situation honestly, scientifically, and accurately; and to provide a cure, not just a way of living with problems by adopting other problems.  In doing so, Webster contends, Freud fashioned a new orthodoxy, “a subtle reconstruction in a challenging and modern form of some of the most ancient religious doctrines and sexual ideologies” (p.5) We have all heard of the psychoanalyst’s couch as a sort of confessional, and the doctor a new priest. Both religion and psychoanalysis speak about human guilt and reconciliation, although they differ in what these are and their value.

Webster goes beyond this: he draws attention to the dismal results of the “Reformation”‘s combat against and corruption of the Catholic worldview. The critical and rationalising heritage of Protestantism has led to the decay of Protestantism itself, as it crumbles into atheism on the one hand, and evangelicalism on the other (not forgetting Pentecostalism, an offshoot of evangelicalism.) He states that the “rational Protestant conscience” has logically resulted in repudiating “the very supernaturalism which originally licensed its strictness together with all those aspects of Christianity which no longer seem compatible with its modern rational form” (p.6) To put it in my words, Luther unleashed a critique of Catholicism and what he saw as a ritualistic and superstitious dimension of it. He thought he could make that critique but establish a moderate and rational faith with a certain amount of ritual, and one very simple absolute – Scripture. However, his very critique was, in the course of time, turned against his own production, so that all ritual – even the Lutheran was repudiated – and all faith – even the Lutheran, was repudiated. The self-promoting fiction of Luther the bold individualist who was condemned as a heretic because he said “Here I stand and I can no other,” functioned as an invitation to his own children to themselves be self-glorifying individualists who would oppose and be condemned by their own Lutheran Church. And hence the history of the Protestant Church has been the history of endless splits and schisms.

Webster states: Our modern intellectual culture, in so far as its ideals were born among humanists … nurtured in the Reformation and refined by Puritanism, is founded upon deep hostility towards the entire realm of myth, magic and ritual and to the role played in religion by miracles and legends. It repudiated this realm not in order to seek liberation, but – originally at least – because intellectuals and theologians believed that religious truth was rational and austere and it could be embraced only by eschewing the carnal adornments which others had draped around it. (p.18)

He then cites Bultmann and his idea of “demythologisation” (of Christianity in general and Jesus in particular) as part of a Protestant attack on legends which bears in itself a contradiction: its “reverence” for Jesus ends up in being sceptical about Jesus Himself (pp.18-19).

The take away point is this: the attack on Catholicism in the name of dispensing with mystification and arbitrary human practices, left the faith itself – in any form – open to criticism as being at bottom a mystification and an arbitrary human practice. Evangelicalism and Pentecostalism have been growing, partly because they pick up people who have fallen away from Catholicism (a huge market), and partly because their fervour and supposedly supernatural experiences supply an answer to the sceptical rationalism of Protestantism in the line of Luther and Calvin. Then, the efforts of Freud found acceptance because they supplied a need left by the ravages of Protestantism and its sceptical children.

There is far more in this book to note, much of it quite important; not necessarily because of Webster’s own opinions and conclusions, but because of his clear and intelligent treatment of acutely topical issues. It seems to me that the chief gurus of the modern age are Marx, Darwin, and Freud. Anyone who teaches or has much to do with people of an intellectual cast, needs to understand something of what they said, and why they were wrong when their conclusions are opposed to the faith.