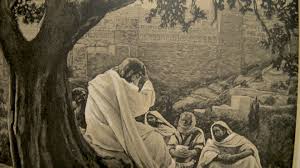 I suggest that “faith” and “tradition,” meaning the Christian tradition, are basically two aspects of the same reality. Faith is the truth about God considered as a spiritual good; that is, faith refers to the divine truth in eternity. Tradition is the same truth about God, but considered as a historical phenomenon, that is, tradition refers to divine truth in history. That is, sacred tradition is the unfolding of the perfect eternal faith in the human age. When it appears in history, it enters time, and has to be conveyed through human minds and hands: this means that there is an inevitable inculturation, a placing into language of what is above all words. The possibility of mistake and error appears. In particular, the process of handing on is vulnerable, and it is most so when we think we can change it according to our own concepts, desires, and fashions.

This is why, considering the genuine tradition, although at different times apparently new things are said, such as the teachings of the Ecumenical Councils on the nature of Christ, or the dogmas of the Immaculate Conception and the Assumption (to take but two well-known examples), they were always part of the faith. Often they were also known to the tradition, but their significance was not fully appreciated and they were not articulated with any great clarity. In the time of Our Lord we have a parade ground example in the teaching of the Most Holy Trinity. The Blessed Trinity of course existed from eternity, yet only traces of it were vouchsafed in Old Testament times. Our Lord disclosed the existence of the Holy Spirit, and it took time for the implications of His teaching to be understood.

So, I suggest that faith can be considered as an eternal possession, complete in itself, transmitted as one divine gift. The constant tradition of the Church, on the other hand, is that faith as disclosed over time, as unfolded and developed before our eyes and that of our fathers. Hence, the importance of the Patristic period and its teachings, when the truths of the faith were blossoming forth. Hence the importance of fidelity to that tradition.

One way of thinking about what I mean would be to consider the “Word” of God. It is eternal and One. Yet, the Word also became flesh, and in order to become flesh, He had to enter into the river of time. The Word of God is also found in sacred scripture, and that had to be revealed in history. In other words, I suggest that the tradition is faith disclosed in history.

But now, when we speak English, what do we mean by “faith” and “tradition”? The dictionary tells us that it is not just belief, and not just reliance or trust, but both of these together in a religious context. This means that there is an intellectual component, but also an emotional or feeling dimension. From this comes the definition “Belief in the truths of religion as contained in Holy Scripture or in the teaching of the Church,” while “tradition” in the Christian Church is defined as “any one or the whole of a body of teachings transmitted orally from generation to generation since early times …”  (Oxford Dictionary) Note that the object of faith is said to be “truths.” I would propose that it is also a question of truth, the truth, the One Truth.

In Hebrews 11:1, we read: “Now faith is the substance of things hoped for, the evidence of things not seen.” This tells us that faith itself is not in human history but it appears to humans. Now, consider that in Hebrews 12, it is written: “… let us run with endurance the race that is set before us, looking unto Jesus, the author and finisher of our faith…”

The chief Syriac word for “tradition” is maš.l.mō.nu.tō. Hence, “according to the apostolic tradition” is ayK maš.l.mō.nu.tō šlee.Hō.tō (Payne Smith, p.307). It is derived from the verb šlem which means “to be finished” and produces words for fulfilling, for handing up in peace or in surrender and so on. It forms a verb meaning “to be handed down, prescribed; to receive by tradition” (pp.581-582). But it is a handing down of what is complete, hence the meaning of delivering up either to safety or to betrayal.

There is another Syriac word for “tradition,” yu.bōl, which is also a “custom.” So, this word is used for the apostolic succession of orders, yu.bōl šlee.Hō.yō das.yō.mee.dō (p.189). I do not like to draw rigid distinctions: language often develops nuances, and words shade into one another, and differences blur. But yu.bōl is derived from the root ya.bel to flow, to do something in succession. It is a perfect word to speak of the historical aspect of the tradition: that we stand in the running river, and what we do is in succession. It is not like inheriting a property which I can sell, lease, retain or treat as I wish. This word for tradition highlights, I suggest, that our role not to attempt to change the tradition, but to pass it on as we received it. Therefore, we must not presume to change the tradition: to do so would be to strike against the faith.

As we have seen, this allows some development, especially in articulating or explicating what had been present but less developed. It is not a licence to change. The custodians of the tradition are to be humble, and not to dam the flow of the river, or try to change its course, let alone to contradict the tradition. After all, that tradition is and always has been a reflection of the eternal faith as it shines in history.

Notes 1: This is not inconsistent with St J.H. Newman’s view of faith as being light, and (I think) implicitly, that the details of the true tradition are what we see by this light of faith (An Essay on the Development of Christian Doctrine, 399-400, Newman Millennium Edition, vol. XII). But St JHN is writing within an entirely different school of thought. My short essay is only supplementary.

Note 2: Some readers may know, or be interested to know, that in Timaios 37, Plato wrote:

“Now the nature of the ideal being was everlasting, but to bestow this attribute in its fullness upon a creature was impossible. Wherefore he resolved to have a moving image of eternity, and when he set in order the heaven, he made this image eternal but moving according to number, while eternity itself rests in unity; and this image we call time.” I had of course read and been impressed by this long before I began work on this essay in June 2021.