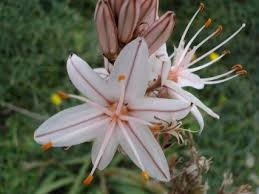 It is a beautiful, entertaining word: “dithering”; quite one of the modest glories of the English language. You could spend the afternoon in nature, on a grassy tuft, amusing yourself with this charming word.

“Dithering”. It could be the name of a pleasant holiday home. “Dithering Cottages”, or “Dithering-over-the-Fields”.

Its first meaning is, according to the Macquarie, “trembling; vibration”. Its second, colloquial sense is “a state of trembling excitement or vacillation”. The third meaning relates to a computer displaying a colour it does not have by mixing colours which it does. This is interesting, as it points to the unreality which can result from the process of dithering. But the fourth meaning is the most common in daily speech: “to be vacillating; uncertain”. We might use it in a sentence by saying: “He kept dithering, unable to decide whether to go or to stay.”

The dictionary states that its root is the Middle English diddir, and relates it to the modern word “dodder”, but holds that the origin of the root is unclear. The word “dodder” (another charming gem) means “to shake, tremble”, and is related to the word “totter”. However, the adjective “doddering” has the nuance of being senile or even feeble-minded from age. “Totter” and “tottering” lack that nuance of being about to collapse because of advanced age: to totter is simply to be on the verge of falling.

How sad it would be to look back from one’s death bed, and realise that I had never fully supped on the enjoyment in words like “dither”, “dodder” and “totter”.

Returning to the “philological question”, as Gurdjieff would say, my own guess is that “dither” is a frequentative from the root “di” meaning “to be two”. A person who dithers is always between two options, now making a feint in this direction, now making a move in the other. It is this which leads to the idea of “trembling” or “vacillation”.

The reason I am writing about it here is because dithering is a function of the formatory apparatus. It is the lower part of the mind which only ever thinks in terms of two options. The higher mind can count to three, and even higher. As Ouspensky said: “One of its peculiarities is that it compares only two things, as though in any particular line only two things existed. Then formatory centre likes thinking in extremes; for instance, it either knows everything or it knows nothing.” (The Fourth Way, 63).

The higher parts of the mind use formatory apparatus to obtain data and rule out certain impossible options, with very short shrift. But as Gurdjieff often wrote in All and Everything, he did not need to think “very long about it at all”. It is a question of judgment as to how much information I need to decide. It is, I suggest, feeling part of intellectual centre which decides that. We cannot see a light come on declaring “Feeling Part of Intellectual Centre is now switched on”, but we can sense that we have weighed or pondered a matter, and that we have a feeling of sureness within ourselves. With discrimination, one can distinguish that from mulish obstinacy.

The feeling part of intellectual centre can also tell me how much thought a question needs: will I have the beef or the chicken? Generally speaking, it does not matter whether I have one or the other, in that the nutritional difference between the two is minimal and most people find each of them equally satisfying, all things such as the quality of preparation, being equal. Besides, the meal is soon forgotten. There is no good reason to spend a lot of time deciding between beef and chicken. To do so is to dither.

But the psychological significance of dithering is what counts. A person who cannot decide whether to wear blue or red is generally lost in formatory apparatus. The number of occasions where my appearance must be precisely this and not that are very few: it is me and my presence which counts.