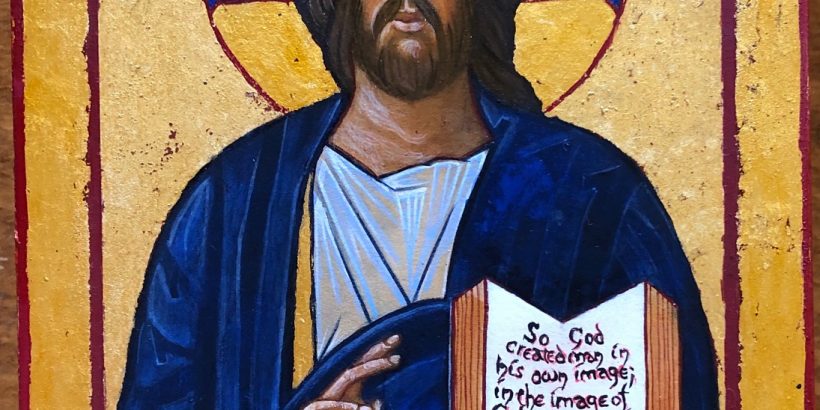 James Barr (1924-2006) was a major biblical scholar. A professor at Oxford University, he belonged to the Church of Scotland, although he was quite liberal, and was something of a polemicist against what is called “conservative evangelicalism.” His work was quite voluminous, and he often targeted the methodological issues: something which I consider to be of the first importance, since these are the foundation issues.

In his 1982 volume, Old and New in Interpretation (2nd edition, SCM Press, London, first edition 1966) he had an essay on “Typology and Allegory,” (pp. 103-148). I will not go into all of the essay: much of it is not of any real relevance to Maronites, being something of an argument within Western scholarship. For example, I shall not treat of the distinction and overlap between typology and allegory. But he does have some important points to make about typology, even if I think he is wrong to see it only as a principle of interpreting the Old Testament in the light of the New. He quote Von Rad as saying: “Typological thinking is an elementary function of all human thought and interpretation.” (p. 147)

This is an interesting way of thinking about it. It comes down to this: we tend to associate people, events, concepts, phenomena of all sorts. We make connections between them, and we see the connections as meaningful. We then see those meanings as intentional, or at least as inherent in the design of history of the world. I am working on a book where I show the ancient roots of typology, back in ancient Sumer and Mesopotamia. I am also studying Mircea Eliade’s arguments that archetypes are at the basis of all ancient thought.

As I have previously said, and as I am delighted to see, an eminent scholar like Barr came to the conclusion which I had already reached, that as a method, typology partakes, to some extent, in the “once-ness of the incarnation. When in Jesus Christ the Word became incarnate, this involves more than a relationship to corporeal humanity.” (131) But Barr then only relates it to the history of Jewish people of the first century. I think, on the other hand, that the incarnation is the centre of history, even if that history unfolds after the incarnation. This view I have recently found in Fr Richard Ounsworth OP’s Joshua Typology in the New Testament (2012). However, I shall return to that in a future post.

Barr’s interest in the wider issues in his comments that: “It is clear that one of the embarrassments of theology today is the considerable alienation of exegetical science from the earlier exegetical tradition of the Church.” (132) Partly, this is due to the disfavour with allegory. I come to allegory a little below, but I do not think that this view can be seriously doubted. Also, a great tragedy is that if the Fathers are read, they are sometimes read in the light of modern writers, and that leads to not appreciating their insights (rather, the scholars project modern ideas onto them). Indeed, a small but significant part of my thesis is that the plain existence of typology in the New Testament, a typology of the Syriac type, is simply ignored by most scholars, and then the text of the NT is translated in such a way as to make it invisible.

Finally, Barr is, I think, correct to say that the use of allegory in literature does not mean that the literature, at least there, is anti-historical. It may be, or it may not, Barr says, and that, I think he makes a strong case for, concluding: “A Text may be allegorized into a system in which historical events are bearers of revelation just as easily as into a system where there is no history and not much revelation either.” (106)

What is allegory? The dictionary offers this short definition: “ a narrative describing one subject under guise of another.” So for example, if I talk about a ship on the ocean losing its way because of poor navigation, I may all the time be meaning you to understand that I am criticising the government. That would allegory. Now beyond that, there are arguments about where allegory begins and ends. Barr is concerned with those, but we do not need to be. He suggests two examples of allegory from the NT:

For it is written in the law of Moses, “You shall not muzzle an ox while it treads out the grain.” Is it oxen God is concerned about? Or does He say it altogether for our sakes? For our sakes, no doubt, this is written, that he who ploughs should plough in hope, and he who threshes in hope should be partaker of his hope. If we have sown spiritual things for you, is it a great thing if we reap your material things? If others are partakers of this right over you, are we not even more? (1 Corinthians 9:9-12) NKJ

That is, St Paul says that when the Scripture speaks about an oxen, it is really speaking about an apostle and a preacher. The other example is in Galatians 4:22-26:

For it is written that Abraham had two sons: the one by a bondwoman, the other by a freewoman. But he who was of the bondwoman was born according to the flesh, and he of the freewoman through promise, which things are symbolic. For these are the two covenants: the one from Mount Sinai which gives birth to bondage, which is Hagar— for this Hagar is Mount Sinai in Arabia, and corresponds to Jerusalem which now is, and is in bondage with her children— but the Jerusalem above is free, which is the mother of us all. NKJ

Barr is, I think correct to say that it might not be possible to clearly distinguish typology and allegory (113). So this was an interesting read, and some important points emerged from it.